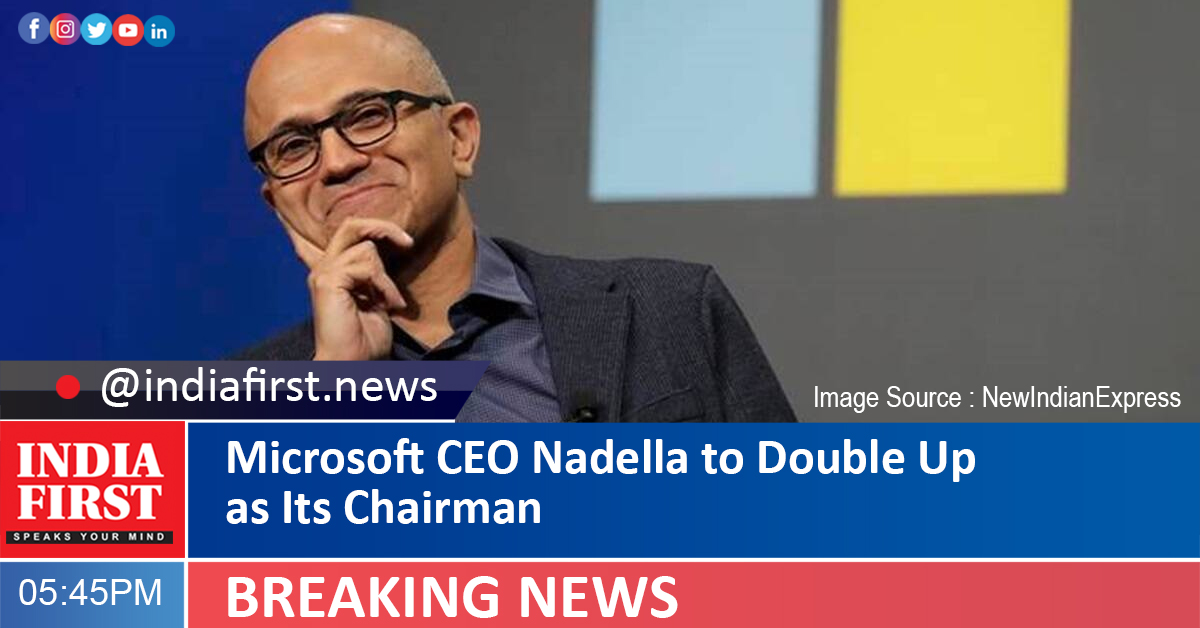 Microsoft has elected CEO Satya Nadella as Chairman of the tech giant, a first in two decades when Microsoft’s chairman will also be its CEO.

Bill Gates was the only other Chairman and CEO of Microsoft who stepped down as CEO in 2000.

Gates stepped down as chairman in 2014 and the board then elected John Thompson as independent chairman.

Gates left the Microsoft board entirely last year to pursue his philanthropic ambitions.

In this role as Chairman, Nadella will lead the work to set the agenda for the board, leveraging his deep understanding of the business to elevate the right strategic opportunities and identify key risks and mitigation approaches for the board’s review, the company said in a statement late yesterday.

In addition to these role changes, the board declared a quarterly dividend of US$0.56 per share.