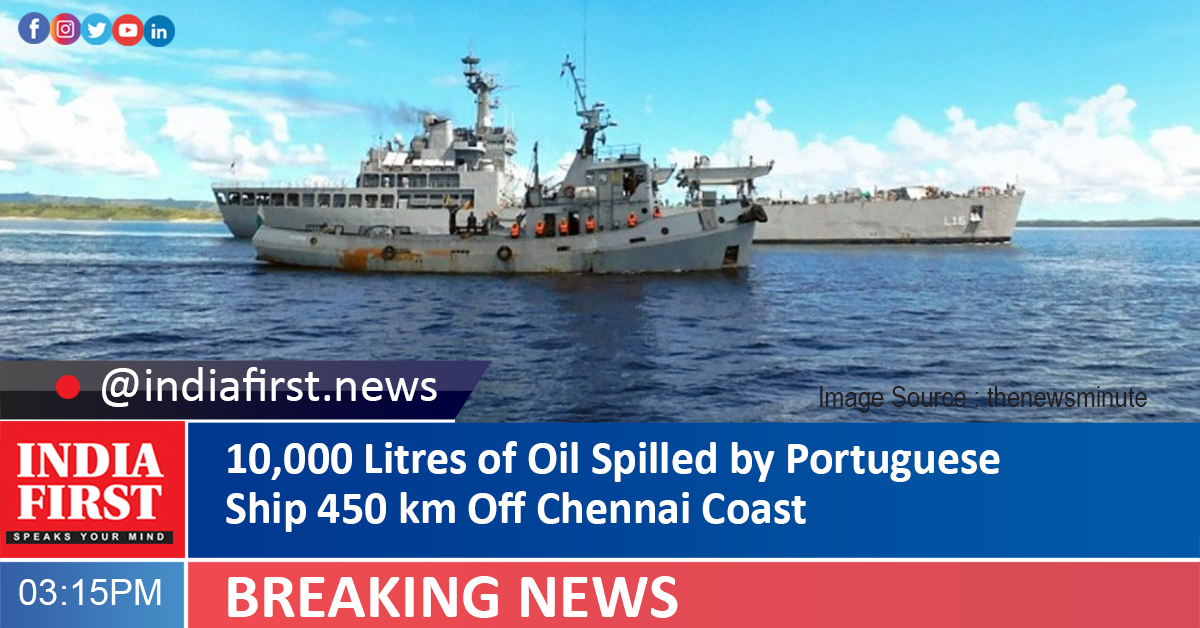 The Indian Coast Guard said yesterday that 10 kilolitres (KL) of oil have spilled into the sea about 450 km southeast of Chennai from a Portuguese flag container ship named MV Devon.

The vessel was on passage from Colombo to Haldia in West Bengal, carrying 10,795 tonnes of general cargo in 382 containers, manned by 17 crew of mixed nationality.

The Coast Guard said that it had received information from the Maritime Rescue and Coordination Centre (MRCC) in Colombo late on June 16 about a mid-sea oil spill about 450 km southeast of Chennai.

On investigation, it was found that MV Devon had developed an underwater crack on the left side of the fuel tank containing about 120 KL of Very Low Sulphur Fuel Oil (VLSFO).

The crack resulted in spillage of about 10 KL of oil into the sea before preventive action was taken and the remaining oil in the tank was transferred to another tank by the ship’s crew.

The container carrier is expected to reach Haldia on today and as per the ship’s master, the vessel is stable, the Coast Guard said.