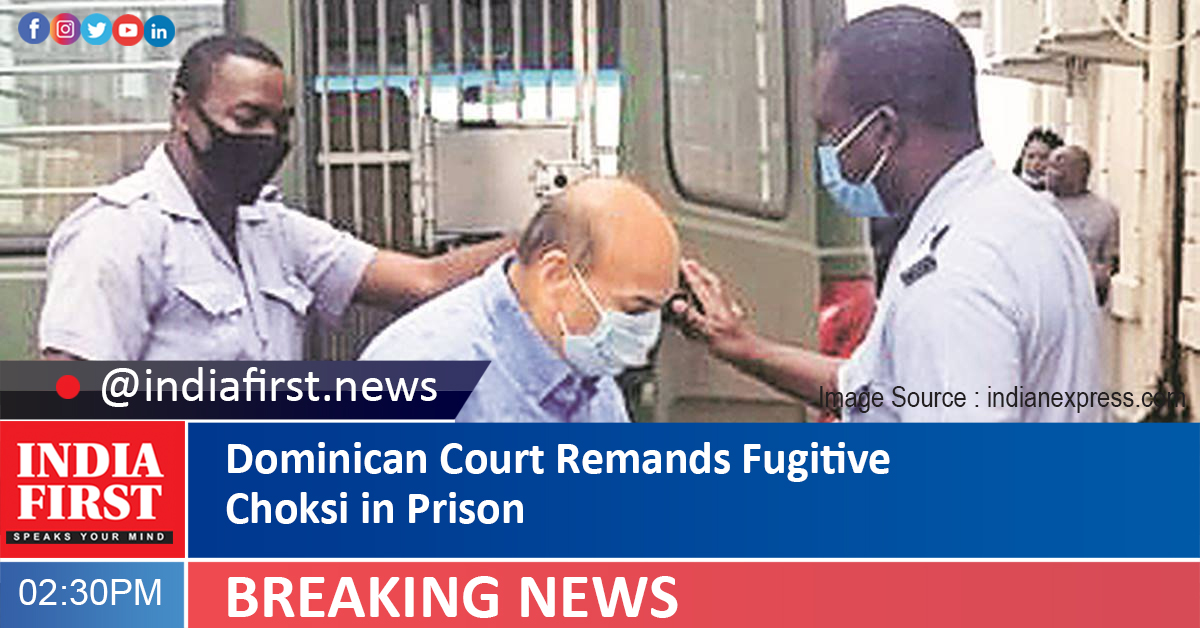 A Dominican court has ordered Indian fugitive businessman Mehul Choksi to be remanded at the Dominica State Prison despite a decline in his health, the local media reported.

According to Dominica News Online, a news outlet in the Caribbean island, Magistrate Pearl Williams yesterday ordered that Antiguan citizen and businessman Mehul Choksi who is wanted in India for alleged bank fraud, to be remanded at the Dominica State Prison.

Choksi, who pleaded not guilty to illegal entry into Dominica, was remanded into police custody at the Dominica China Friendship Hospital (DCFH) where he has been a patient since May 29.

On June 2, 2021, at Choksi’s first court hearing where the charge was read to him, the acting Director of Public Prosecution (DPP), Sherma Dalyrample, made an application before the Chief Magistrate Candia Carrette George pursuant to Section 212 of the Magistrate code of procedure, to have him brought before a Magistrate every three days to be further remanded until he is discharged from the hospital.

This application came under review by Magistrate Williams on June 11, however, she reserved her ruling as a bail application for Choksi was being heard in the High Court on the same day.

Yesterday, the 62-year-old diamantaire was expected to appear before the court for reporting and further remand but his attorneys presented a medical report to the court which indicated that Choksi’s health has deteriorated and as a result, he was unable to attend.

However, Magistrate Williams ordered Choksi to be remanded at the State Prison as she stated, based on the law, she does not have the jurisdiction to remand the accused to the hospital every three days.

Dissatisfied with her decision, three of Choksi’s attorneys – Julien Prevost, Zena Moore-Dyer and Gina Dyer-Munro – who were present at the court, objected claiming that their client is now in a bad state, and the decision to remand him to the state prison is appalling as bleeding in the head is one of his conditions.

The attorneys argued that there must be a certain level of “humanity” in how the court operates and everyone should be treated fairly.

Despite the heated argument in court, Magistrate Williams remained resolute in her decision and said her order will stand. She said arrangements will be made for the court to visit the hospital for Choksi to be remanded at the prison.

Attorneys for Choksi said they will go to the High court to prevent the order.

The Magistrate remanded Choksi until June 24, where he will appear before the court to be further remanded whilst his trial for illegal entry is expected to commence on June 25.

The matter of Habeas Corpus filed by Choksi’s attorneys in the High Court has been adjourned sine die.

The 62-year-old diamantaire who gained citizenship in Antigua and Barbuda in 2017, is wanted by the Indian investigative agencies for allegedly cheating the Punjab National Bank of Rs 13,500 crore, one of India’s largest bank frauds in decades.