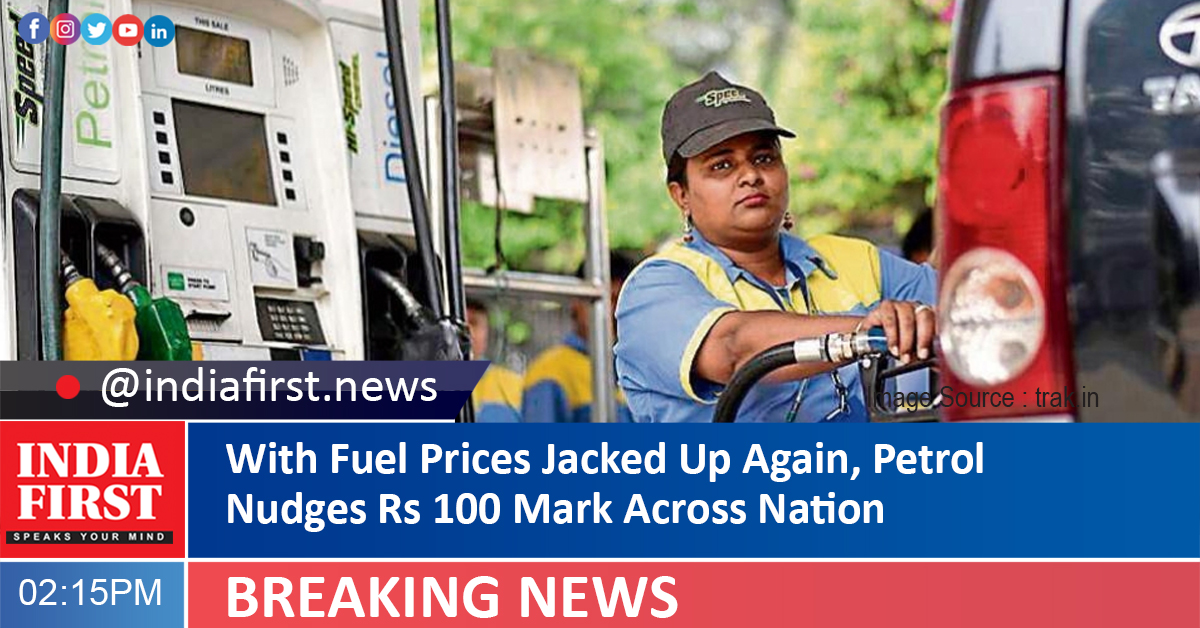 Fuel prices increased again across the country today, adding more misery to the common people’s woes as they grapple with rising food prices amid shrinking income.

Petrol prices have reached very close to hitting the century mark all across the country, extending the scope of historic high prices that had already made the fuel rate cross the Rs 100 per-litre-mark in certain cities and towns of Maharashtra, Madhya Pradesh, Rajasthan, Telangana, Andhra Pradesh.

Today, oil marketing companies (OMCs) raised the price of petrol and diesel between 23-30 paisa per litre across the four metros.

In Mumbai, where petrol price crossed the Rs 100 mark for the first time ever on May 29, the fuel price reached a new high of Rs 103.08 per litre today. Diesel price also increased in the city by 30 paisa per litre to reach Rs 95.14 a litre, the highest among metros.

Across the country, petrol and diesel prices increased but its retail prices varied depending on the level of local taxes in different states.

Petrol prices in the two other metros have also reached closer to Rs 100-per-litre mark and OMC officials said that if international oil prices continued to firm up, this mark could also be breached in other places by month-end.

With today’s price hike, fuel prices have now increased on 26 days and remained unchanged on 23 days since May 1. The 26 increases have raised petrol prices by Rs 6.54 per litre in Delhi. Similarly, diesel has increased by Rs 6.96 per litre in the national capital.

With global crude prices also rising on a pickup of demand and depleting inventories of the world’s largest fuel-guzzling nation – the US – retail prices of fuel in India are expected to firm up further in coming days.

The benchmark Brent crude, which reached a multiyear high level of over US$75 on ICE or Intercontinental Exchange a couple of days back, had diverted slightly to remain at around US$73 a barrel currently.