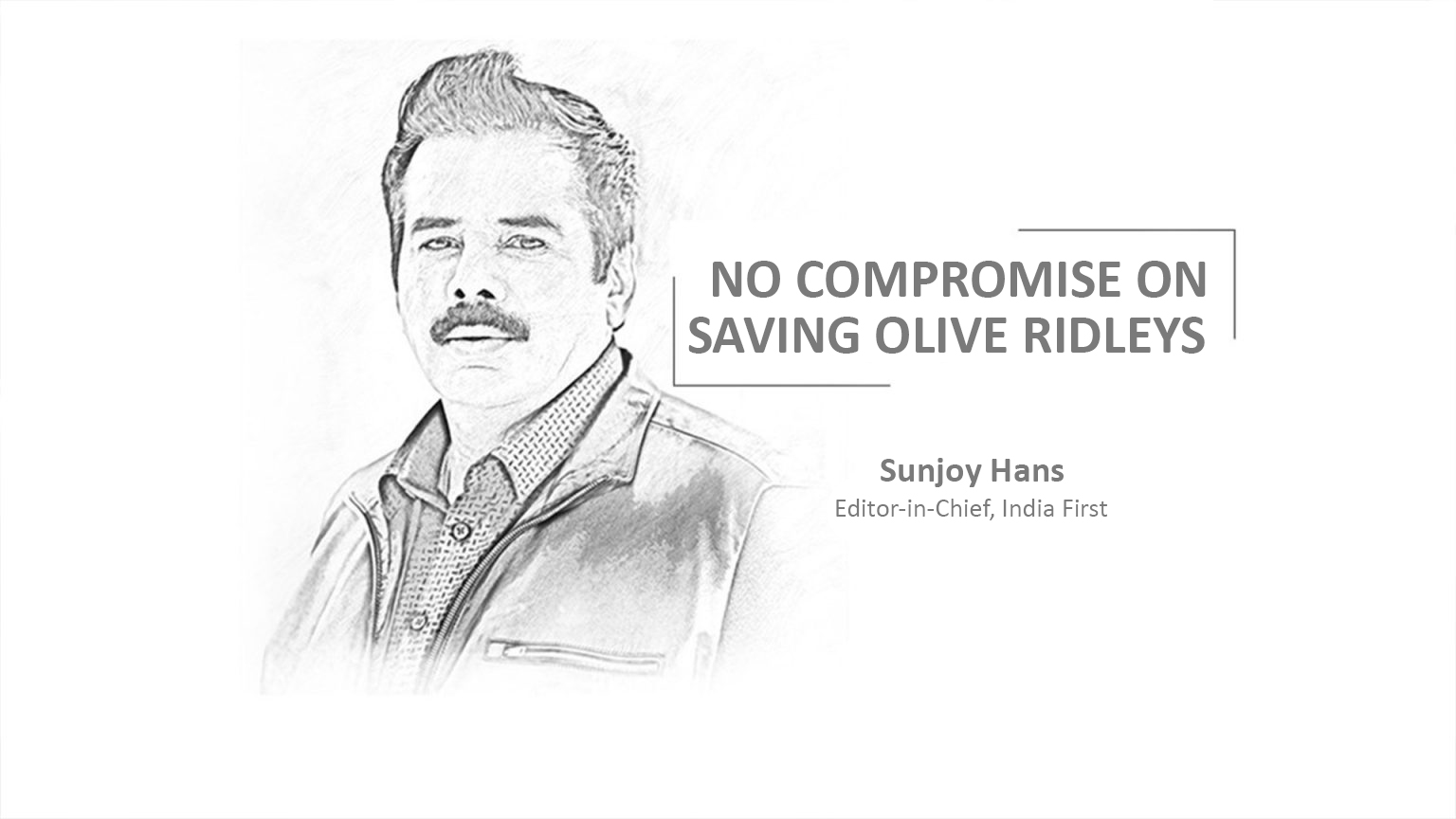 With Chief Minister Naveen Patnaik laying special emphasis on the protection his state’s biodiversity, the fisheries department has ramped up efforts to save Olive Ridleys, Odisha’s flagship wildlife species that was also the official mascot of the Hockey World Cup held in Bhubaneswar in 2018.

Since Gahirmatha in Kendrapara district is known to be the world’s largest rookery of these endangered reptiles, officials of the fisheries department have started fitting mechanized fishing boats with Global Positioning System (GPS) software to prevent them from entering the Gahirmatha marine sanctuary. Trawlers and mechanized fishing boats kill hundreds of these sea turtles every year. While most of them choke to death after getting caught in the gillnets of these vessels, others die of propeller hits.

Every year the state government imposes a seven-month ban on sea fishing along a 20km stretch from the mouths of Dhamra, Devi and Rushikulya rivers starting November through May, the breeding and nesting season of the Olive Ridleys, to protect these turtles. The ban is imposed under the provisions of Odisha Marine Fishing Regulation Act, 1982 and Wildlife Protection act, 1972 and completely prohibits the use of motor boats, trawlers and mechanized fishing boats within the demarcated area during this period. The Gahirmatha marine sanctuary, the only one of its kind in the state, enjoys a special status and the ban on the entry of mechanized fishing vessels within its area is permanent.

However, the ban is almost invariably observed more in its violation, with officials of fisheries and forest departments routinely seizing boats and arresting fishermen accused of flouting it. Installing the GPS in the mechanized fishing craft is considered to be a major step towards curbing fishing violations in the sanctuary which was carved out exclusively to ensure the protection of Olive Ridley turtles. The system will not only alert the operators of the fishing vessels if they happen to be in the danger of entering the prohibited area, but it will also help officials keep track the movement of these vessels and respond to attempts at violation of the fishing ban quickly.

Owners of the fishing vessels have been asked to purchase the GPS which will be uploaded by software engineers. The response from vessel owners should be positive considering that the government is now determined to check violations of the fishing ban and will come down heavily on willful violators. While the seizure of the fishing craft in such cases is a distinct possibility, the owners of the vessels could also face other consequences.

It may be recalled that long back the government, in a similar bid to save the Olive Ridley turtles, had asked the owners of trawlers and mechanized boats to install turtle excluder devices (TEDs) in their vessels. These devices provided turtles caught in the gill-nets of fishing vessels an escape route, which was a good way of bringing down the number of casualties. But many vessels owners avoided using TEDs, with disastrous consequences for the turtles as their mortality rate continued to rise over the years. This time, though, the government seems more determined than ever to ensure complete safety of Olive Ridleys. It will brook no resistance to its orders from the owners of fishing vessels – and rightly so.