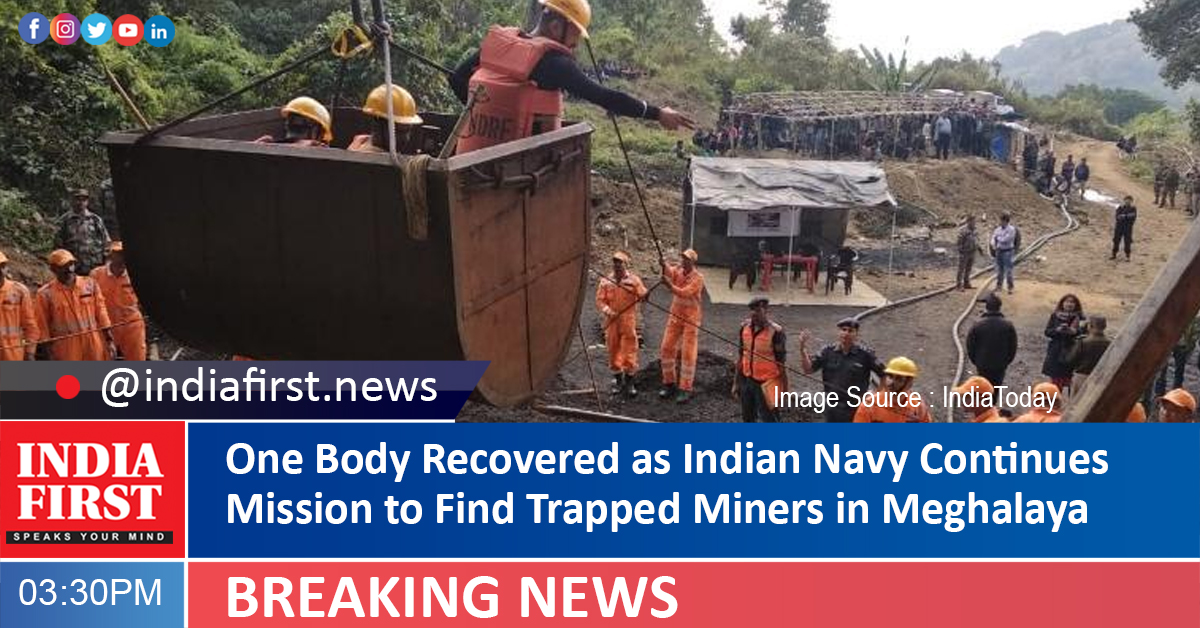 Indian Navy divers have recovered one body after six days of operations to find five miners trapped in a flooded coal mine in Meghalaya’s East Jaintia Hills district.

In one of the most physically and tactically daunting operations, a 12-member Indian Navy diving team was pressed into action since June 12 to search for the five miners trapped in the mine, which was inundated after a dynamite blast on May 30.

Sources said the team has recovered the body of one miner and efforts to search for the remaining four is still on.

The current operation entails the Navy divers to lower themselves and their specialised diving gear into an extremely narrow shaft to a depth of almost 400 feet and carry out diving upto further 100 feet, to search for the trapped miners within a complicated interconnecting labyrinth of horizontal shafts, with barely enough space for a person to crawl.

Even with incessant rains, low visibility and numerous obstacles, the Navy divers assiduously continue with the search operation which has entered the sixth day, with the hope that any light at the end of the tunnel will bring lasting solace and closure to the families.

While the divers have specialised equipment such as the Diver Hand Held Navigation System (DHNS) for bottom-mapping of the mine-shaft, any technology can do little to ameliorate the raw, gut-wrenching adversity that such an operation entails.

In December 2018, Indian Navy had assisted in the rescue and recovery effort of 15 miners trapped in a mine in Ksan, Meghalaya under similar conditions.