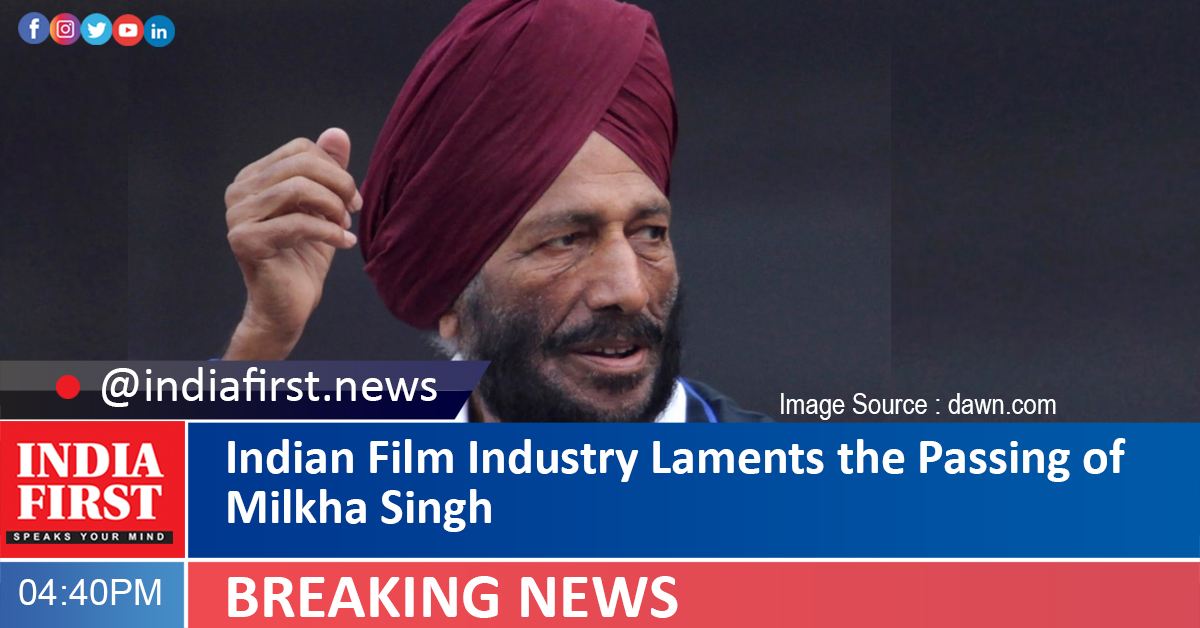 Singh passed away in a local hospital in Chandigarh at 11.30pm on June 18, read a statement from the Post Graduate Institute of Medical Education & Research (PGIMER), where he was being treated for Covid-related complications.

Shah Rukh Khan tweeted: “The Flying Sikh may no longer be with us in person but his presence will always be felt and his legacy will remain unmatched… An inspiration to me… an inspiration to millions. Rest in Peace Milkha Singh sir.”

Anil Kapoor posted a picture with Milkha Singh and his family on Instagram and wrote: “Milkha Singh ji welcomed us into his home and his lovely wife fed us the most unforgettable aloo parathas I’ve ever had… He truly was an incredible sportsman, phenomenal host and above all an amazing human being… will be truly & deeply missed.”

Divya Dutta, who was part of the biopic “Bhaag Milkha Bhaag”, wrote: “RIP #milkhasingh ji! This has been an end of an era with you!! It’s been an honour to have met you, known you.., and have lived a slice of your inspiring life… shall always remember the chai sessions and the gupshup!”.

John Abraham wrote: “A true sporting icon and an inspiration to generations. Rest in peace The Flying Sikh! #milkhasingh”.

Sonam Kapoor, who worked in “Bhaag Milkha Bhaag”, put up a series of pictures on Instagram story and wrote: “Rest in peace sir! “

Mahesh Babu put up an Instagram story to pay his respect and wrote: “Rest in Peace Legend.”

Telugu actor Aadhi wrote on Instagram: “He was one of the biggest inspirations behind our film #Clap, which is about athletics. Watched many of his videos during the prep for my role. A huge loss for the sports world and the entire nation. Rest in peace #MilkhaSingh sir”.

Earlier in the day, Farhan Akhtar, who essayed Milkha Singh in “Bhaag Milkha Bhaag”, had written a long note on Instagram: “Dearest Milkha ji, A part of me is still refusing to accept that you are no more. Maybe it’s the stubborn side I inherited from you.. the side that when it sets its mind on something, just never gives up.

“And the truth is that you will always be alive. Because you were more than a large hearted, loving, warm, down to earth man. You represented an idea. You represented a dream. You represented (to use your own words) how hard work, honesty and determination can lift a person off his knees and get him to touch the sky.”

“For those who knew you as a father and a friend, it was a blessing. For those who didn’t, your story was a constant source of inspiration and a reminder of humility in success. I love you with all my heart,” he concluded.