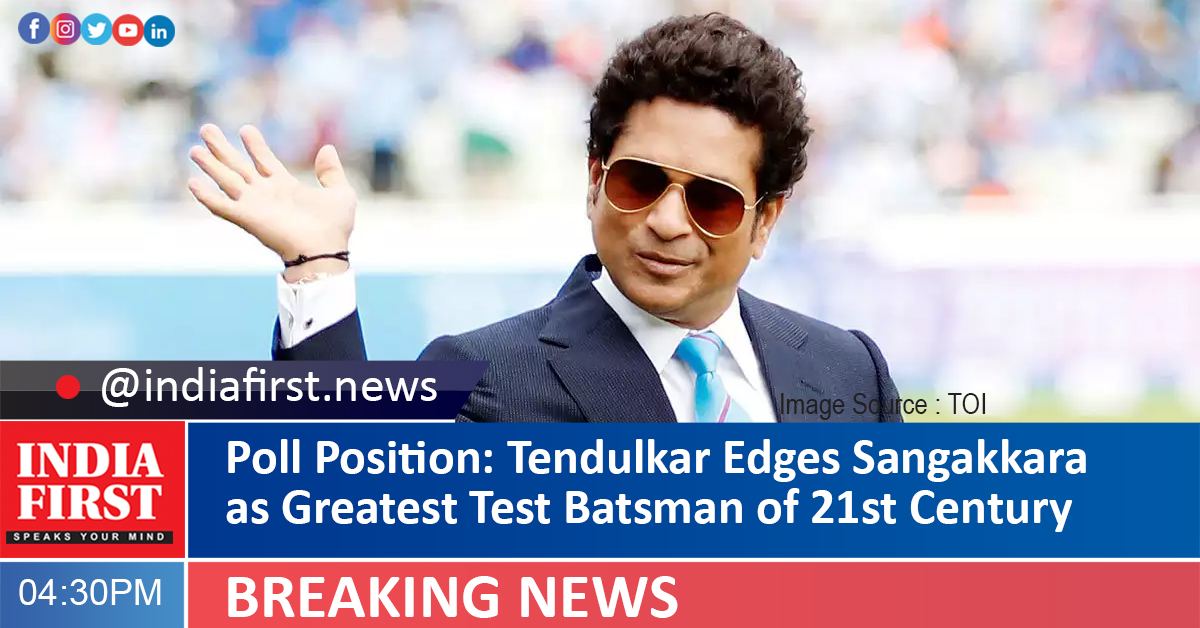 Former India batsman Sachin Tendulkar, who holds the record for most Test and ODI runs as well as most centuries across the two formats, pipped former Sri Lanka captain Kumar Sangakkara as the greatest men’s Test batsman of the 21st century in a poll.

“This was a tight one. Both Kumar Sangakkara and Sachin Tendulkar are icons of the game but the vote, the winner of the greatest Test batsman of the 21st century, is my fellow Mumbaikar Sachin Ramesh Tendulkar,” Gavaskar said in a video uploaded by Star Sports, who organised the poll in which cricket commentators and fans voted.

Tendulkar’s 15,921 runs and 51 centuries are the most in Test cricket history.

The man nearest to him in the run-getters’ list is former Australia captain Ricky Ponting who is 2,543 runs behind.

In terms of centuries, he is six clear of Jacques Kallis who has 45 Test tons.

The commentators who voted included VVS Laxman, Irfan Pathan, Aakash Chopra among others.

Tendulkar, who made his Test debut at the age of 16, captivated the world of cricket. He was the only Indian in an all-time Test World XI which was announced in 2013 to commemorate the 150th anniversary of Wisden Cricketers’ Almanack.