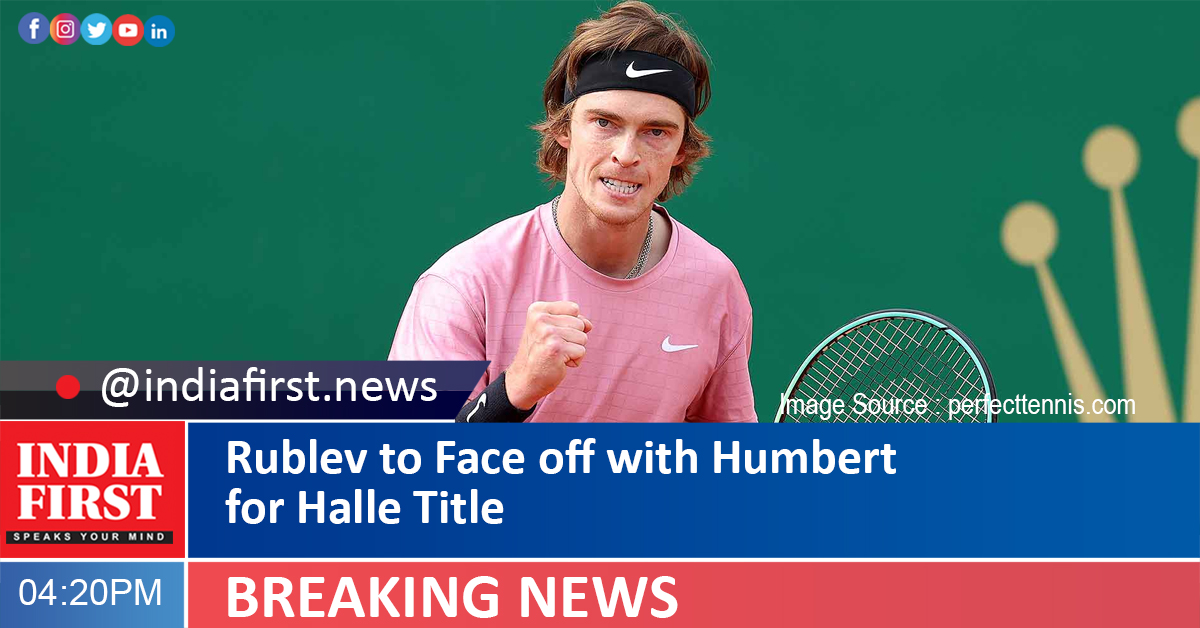 Russia’s Andrey Rublev secured a place in his maiden ATP Tour grasscourt final at the Noventi Open with a 6-1, 3-6, 6-3 win over Georgian qualifier Nikoloz Basilashvili.

The fourth-seeded Rublev struck 24 winners past Basilashvili in the one hour and 51 minutes contest to set up a title clash with Ugo Humbert of France.

“It’s my first final on grass and in Halle,” said Rublev. “I think I can play on every surface and I will try my best again (against Humbert). I had good opportunities to break him (Basilashvili) in the second set, some quite easy forehands and I stressed a little showing my emotions. I then came back and stayed calm, until the last game. But I won,” Rublev told atptour.com.

Rublev will now attempt to improve his 4-1 record in ATP 500-level final against Humbert, who he beat in their only meeting at the 2020 St. Petersburg Open.

Rublev played superbly in the first set, racing to a 5-0 lead after just 19 minutes.

Basilashvili, who required on-court treatment, responded in the second set, capitalising on a forehand mishit from Rublev to break at 3-2 and then took the game into the third set.