2 Arrested in UP for Running Racket That Has Allegedly Forced 1,000+ Conversions | India First e Newspaper Skip to navigation Skip to content 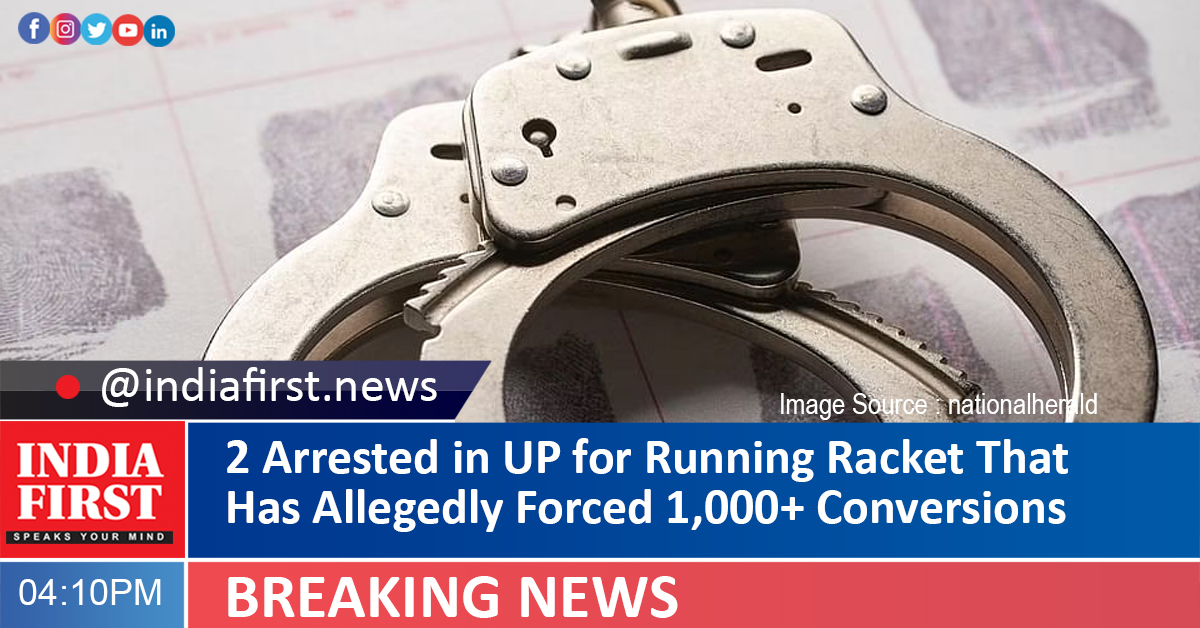 The Uttar Pradesh ATS have arrested two people from Delhi for allegedly forcing over 1,000 people to change their religion.

The two accused, Umar Gautam and Jahangir, have allegedly forced around 1,000 non-Muslims to convert to Islam.

One of the accused revealed that he is a resident of Batala house in Jamia Nagar and he himself has converted his religion.

UP ADG (Law and Order) Prashant Kumar said in a press conference in Lucknow today that there is a racket operating in the state, forcing people to convert to Islam.

Kumar confirmed that around 1,000 people have converted their religion till now.

The ADG further said that these two people used to target poor families, unemployed youth, and handicapped people, especially those who were hearing and speech impaired, children and forced them to change their religion.

According to the police, people were lured to convert their religion for money and financial stability.

UP ADG also mentioned that this might be a case of funding from ISI for religious conversions.

Prashant Kumar also said that many women have been forced to change their religion and were married off.

He said that the racket was operating in Noida, Kanpur, and Mathura.

The accused used to run a centre named ‘Islamic Dawa Centre’ that got funding from all across the world.

The police is also tracking those people who got trapped in this racket and is investigating further to understand how they influenced people.