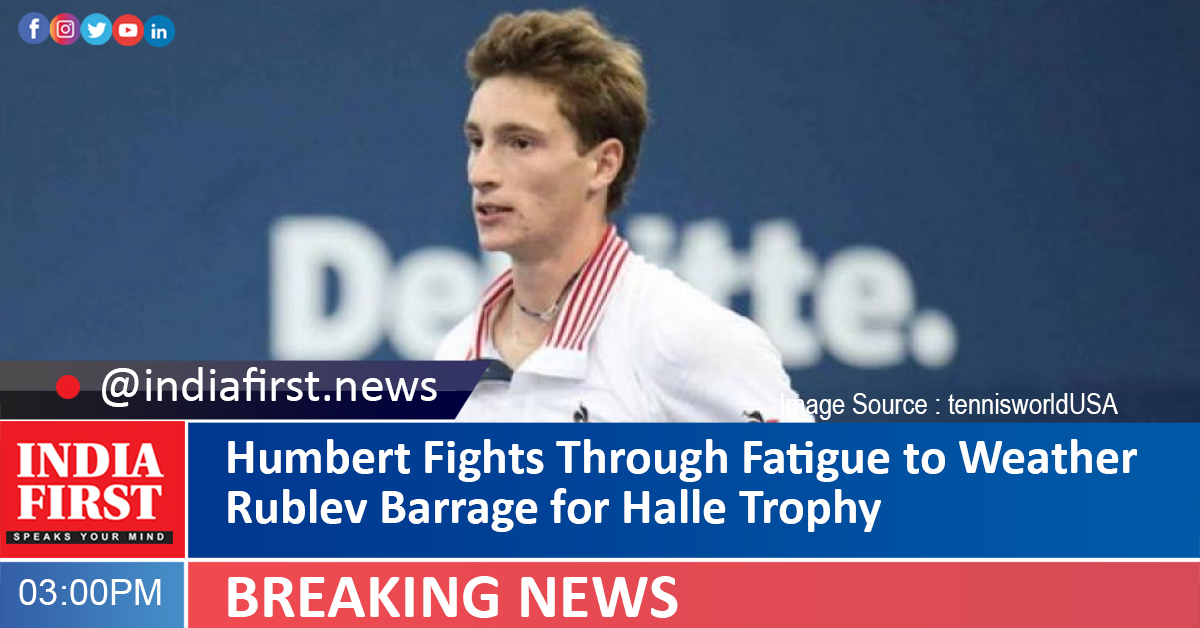 The world No. 31 is now 3-0 in ATP Tour finals. The Frenchman had lifted trophies at the European Open in Antwerp and the ASB Classic in Auckland, both ATP 250 events, last year.

“It is incredible. It is the best victory of my career. I am very proud because it wasn’t easy. I was a little bit tired, but I tried to stay focused on each point, and did what I could, so it is very nice,” Humbert told atptour.com after the match yesterday.

“I tried to stay aggressive and take the ball early because in the baseline rallies it was tough, because Andrey was hitting the ball very hard. Physically, it was tough, and I tried to take my chances when I could, and I won.”

Humbert won 85 per cent of points on his first serve and hit nine aces to win the title in 87 minutes.

Humbert made the crucial breakthrough in the eighth game of the opening set as the 22-year-old began to dictate with his aggressive forehand.

The Frenchman, who hit five aces in the first set, continued to serve well, as he fended off two break points to close out the set.