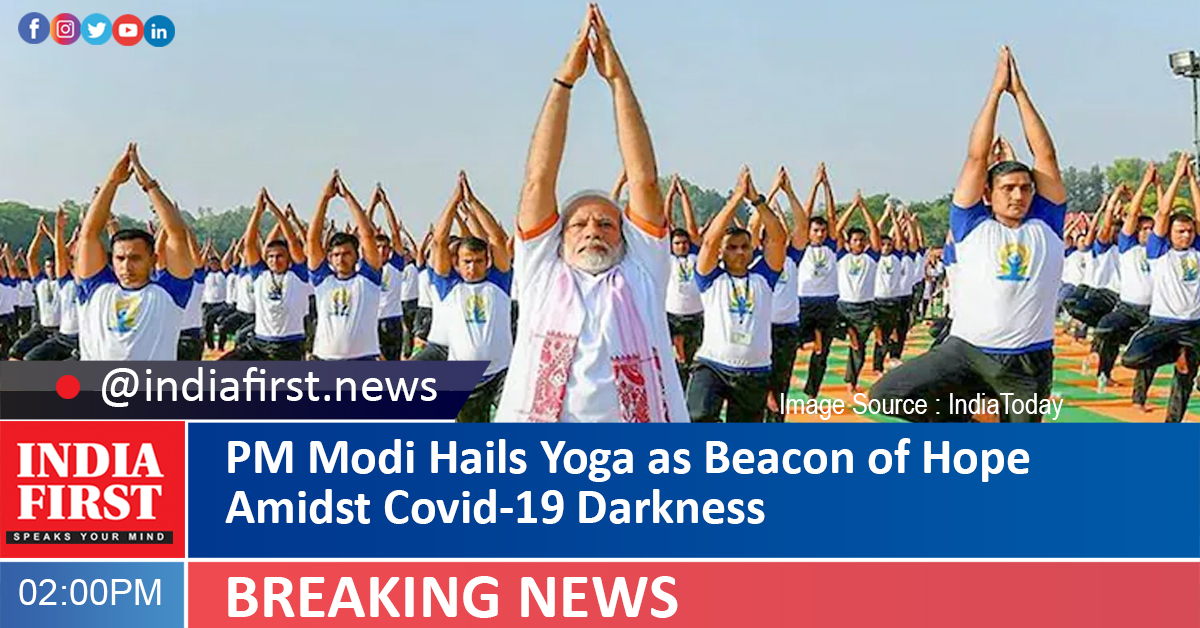 At a time when the entire world has been fighting the Covid-19 pandemic, Prime Minister Narendra Modi today said people’s enthusiasm for Yoga Day has not diminished and Yoga remained a ray of hope amid the crisis.

Addressing the nation on the event of 7th International Day of Yoga, the Prime Minister said in this difficult time, even as people are in so much trouble, they could forget Yoga or ignore it.

“When the invisible virus of Corona had knocked the world, then no country was prepared for it, by means, by strength and by mental state. We all have seen that in such difficult times, Yoga has become a great medium of self-confidence,” Modi said.

Noting that whenever India and its sages spoke of health, Modi said it has not only meant physical health. “That is why so much emphasis has been laid on physical health as well as mental health in Yoga.

“Yoga shows us the way from stress to strength and from negativity to creativity. Yoga takes us from depression to ecstasy and from ecstasy to ‘prasad’.”

The Prime Minister mentioned if there are threats to humanity, Yoga often gives us a way of holistic health. “Yoga also gives us a happier way of life. I am sure, Yoga will continue playing its preventive, as well as promotive role in healthcare of masses.”

When India proposed the International Day of Yoga in the United Nations, the Prime Minister said it was the spirit behind it to make this science of Yoga accessible to the whole world.

Today, Modi announced that India has taken another important step in this direction along with the United Nations and the World Health Organisation.

“Now the world is going to get the power of M-Yoga app. In this app, many videos of yoga training will be available in different languages of the world based on the Common Yoga Protocol.”

The seventh International Yoga Day is being celebrated in 190 countries across the globe today. The theme for this year is ‘Yoga for wellness’.

Preparations for International Yoga Day start 3-4 months prior to June 21 and millions of people are introduced to this practice in the spirit of a mass movement.