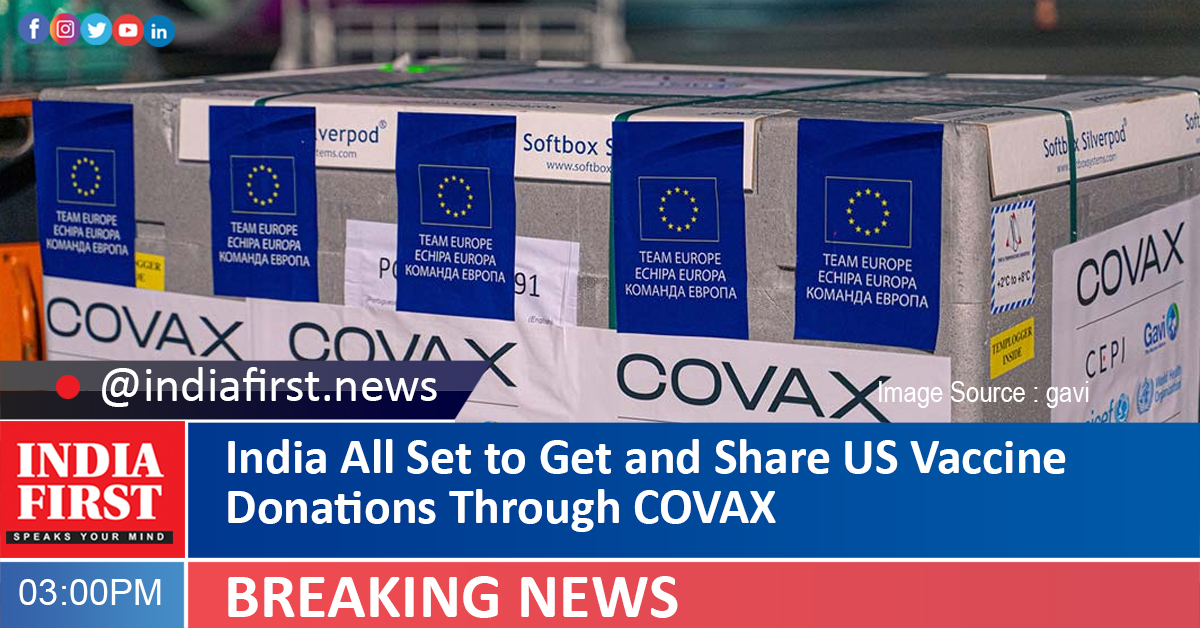 India will get a share of the 16 million doses of the Covid-19 vaccines that US President Joe Biden is earmarking for Asia in the latest donations to COVAX, the international outfit for jab distribution to developing countries, according to the White House.

The White House did not say exactly how many will go to India when it made the announcement yesterday about the latest donation of 55 million vaccine doses.

While the announcement of the 55 million doses completes Biden administration’s pledge to allocate 80 million doses by the end of this month, it is struggling to get the vaccines to the countries receiving them because of regulatory and logistical problems, the President’s spokesperson Jen Psaki has acknowledged.

“What we found to be the biggest challenge is not actually the supply, we have plenty of doses to share with the world, but this is a herculean logistical challenge. And we’ve seen that as we’ve begun to implement,” she told reporters yesterday.

Psaki said that among the issues were sharing safety and regulatory information and ensuring proper temperature control for the vaccines.

India has not yet approved the three main vaccines in use in the US – Pfizer, Moderna and Johnson & Johnson.

Pfizer and Moderna have to be kept at extremely cold temperatures before readying for distribution.

The vaccines coming to India in the tranche announced yesterday would be on top of the two sets of donations announced for it on June 3.

Vice President Kamala Harris had told Prime Minister Narendra Modi that India would get a share of the six million doses that Biden was releasing directly to New Delhi and other countries facing a Covid surge.

In addition to that, India was also allocated a share of the seven million doses to be distributed in Asia through the COVAX facility led by the World Health Organization and two other groups to promote the availability of vaccines and other Covid-fighting material.

Those were a part of a distribution of a total of 25 million doses announced at that time.

Other South Asian countries are also sharing in the US vaccine largesse.

Nepal, Bangladesh, Pakistan, Sri Lanka, Afghanistan, Maldives and Bhutan are among the 18 Asian countries that will share the 16 million doses allocated through COVAX in yesterday’s announcement.

Afghanistan, Bangladesh and Pakistan will, in addition, get a share of another 14 million being sent directly to several countries based on “regional priorities” to help deal with surges, according to the White House.

COVAX will be getting a total of 41 million doses with 14 million earmarked for Latin America and the Caribbean and 10 million for Africa.

In the allocations through the COVAX announced on June 3, Nepal, Bangladesh, Pakistan, Sri Lanka, Afghanistan and Maldives also shared in the seven million earmarked for Asia.

Biden also announced earlier this month that the US will be buying 500,000 doses of the Pfizer vaccine for distribution around the world and got a pledge from the G7 group of Western industrialised powers to donate one billion vaccine doses to developing nations.