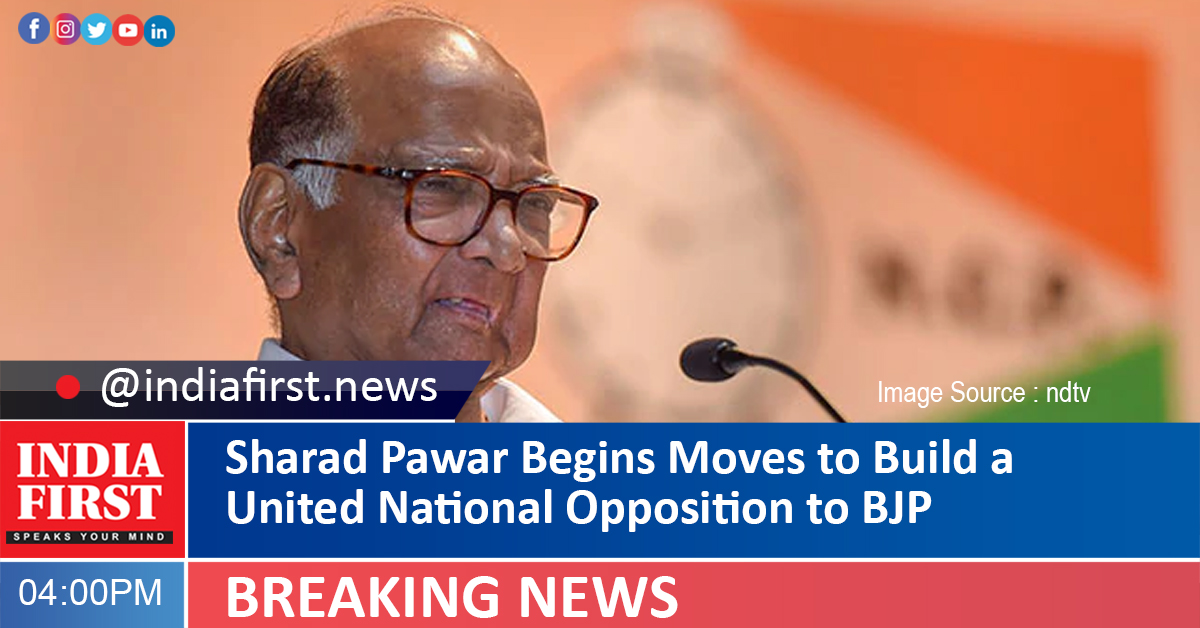 NCP national spokesperson and Maharashtra Minister Nawab Malik said that in the first round, Pawar is scheduled to meet leaders of a few political major parties, media persons, lawyers, social activists, retired judges and bureaucrats, analysts, and other prominent experts from different fields at his New Delhi home today.

The political leaders would include Yashwant Sinha of the Trinamool Congress, Sanjay Singh of the Aam Aadmi Party, Farooq Abdullah of the National Conference, D. Raja of the CPI, former JD-U leader Pawan Verma, and others.

However, the NCP has not indicated whether its allies in Maharashtra’s Maha Vikas Aghadi government – Shiv Sena and Congress, which are currently in a friction mode – would attend today’s Opposition parties gathering or not.

“They (Pawar and the leaders) will discuss the upcoming Lok Sabha elections and the current political situation in the country. After this, the leaders would decide on how to bring the other important opposition political parties together,” Malik said.

“Today, political strategist Prashant Kishor called on Pawar at his residence and briefed him about the prevailing national political scenario. They had met in Mumbai last week and had a second meeting in New Delhi today,” he added.

Today’s Opposition parties joint meeting initiative starts months after Pawar had promised earlier this year to unite all opposition parties and present a formidable front against the Bharatiya Janata Party (BJP) before the next parliamentary elections.

Pawar was planning to campaign for Mamata Banerjee and her Trinamool Congress in the West Bengal elections earlier this year but had to cancel his plans after he had to undergo some urgent medical procedures.