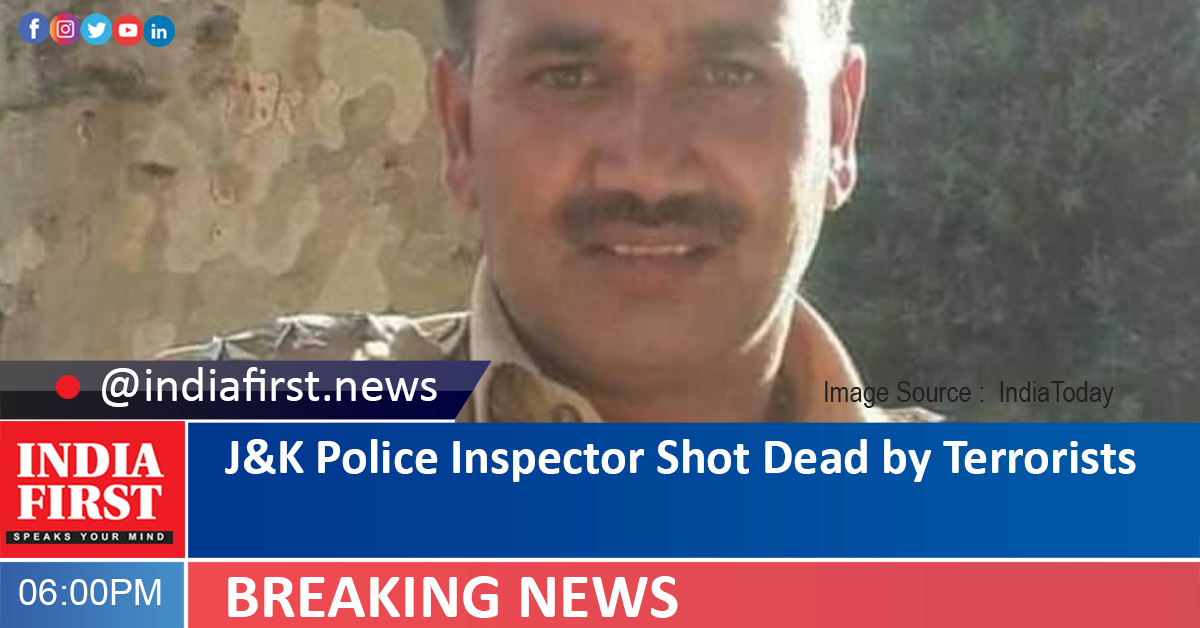 Police said at about 8 p.m. yesterday evening, two unidentified terrorists fired indiscriminately upon a police inspector, in front of local mosque, while he was going for prayer at 8 p.m. at Menganwaji Nowgam area of Srinagar district.

Senior police officers reached at the terror crime spot and inspected the scene of crime.

“In this terror incident, he had sustained grievous bullet injuries and was shifted to nearby hospital for the treatment, where he succumbed to his injuries and attained martyrdom. We pay our rich tributes to the martyr who left behind his wife and inconsolable two young children a 13-year-old daughter and a 10-year-old son.”

“Identification is being done. Suspects are being questioned,” police said.

Police has registered a case in this regard under relevant sections of law. Investigation is in progress and officers continue to work to establish the circumstances which lead to this terror crime. Area has been cordoned off and search in the area is going on.