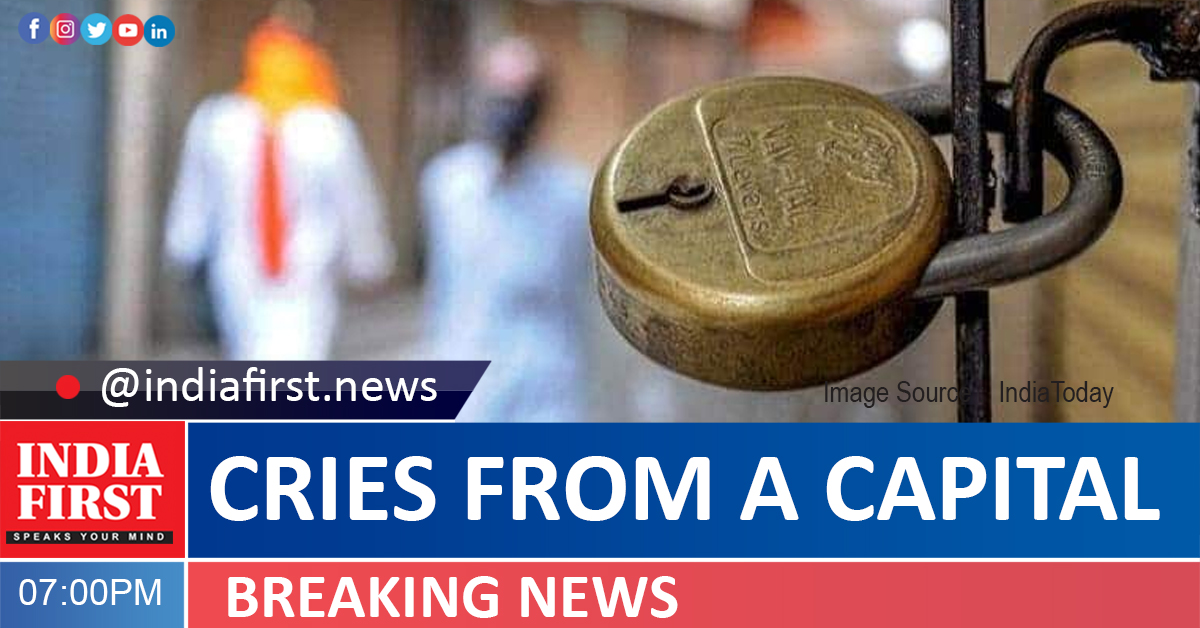 Hard hit by the second wave of Covid-19 and hamstrung by a partial lockdown, the so-called non-essential businesses in Bhubaneswar are desperately calling for a life-saving solution.

The second wave of Covid-19 has hurt businesses in most sectors harder than the first wave ever did. This holds true for many places across the globe, whether it be in the developed parts such as Western Europe or the developing ones such as the Indian subcontinent.

The world knows how businesses in London, a global financial capital, were dreading the impact of the second Covid wave in the United Kingdom ahead of Christmas last year as they lamented the way the first lockdown had led to a crisis of confidence among entrepreneurs and investors, loss of jobs across industries, and undermined mental health in the island nation. The prevailing opinion – and fear – was that a further round of pandemic restrictions would spell the end for many British lives and businesses.

Similarly, there was an unprecedented level of shock and anxiety among retailers, entrepreneurs and industrialists across sectors in India’s commercial capital of Mumbai, when a second wave of coronavirus hit the city a few months ago this year.

Whether it be in London or Mumbai, the reason behind the panic among business owners was the same: Unlike last year, most businesses either did not have or had dangerously depleted levels of reserves and resources to help them tide over another prolonged period of revenue losses.

As Maharashtra extended the duration and scope of its lockdown in April in a desperate bid to control the spread of the second Covid wave that was also wreaking havoc in other parts of the country, only stores and businesses dealing with essential services were allowed to remain open for limited hours in the morning, from 7 to 11. Others had to stay shuttered 24-7.

Consequently, establishments offering the so-called non-essential services in the city, such as malls, multiplexes, single-screen theatres, and a broad spectrum of independent retail stores ended up being the worst affected. After all, they did not even have that limited 4-hour window to provide the bare minimum breathing space for survival.

The situation is not much different these days in Bhubaneswar, the state and commercial capital of Odisha.

Ever since the city saw its first lockdown last year after the outbreak of the coronavirus pandemic, most of its commercial establishments have been stuck in a seemingly never-ending loop of hope and despair.

Most recently, after nearly one-and-a-half months of lockdown that was punctuated with deathly weekend shutdowns – thanks to the second Covid wave, of course – the business community in the Temple City had been praying for some direly needed relief as the state finally saw signs of victory against the deadly virus with daily cases slowly trending downwards.

However, as the state government erred on the side of caution and announced its partial lockdown plan that divided Odisha’s 30 districts into two categories, business owners in Bhubaneswar realised that their fate was hanging in balance more precariously than ever before.

There is no doubt that the Naveen Patnaik administration has always – without exception – taken decisions for the state with the noblest of intentions and in the best interests of the people of Odisha, whether it be before or after the outbreak of the pandemic.

Yet there can be no denying the grim realities and existential crises that shops and businesses, particularly those dealing with non-essential services, are facing at present.

Due to the severely limited hours of operation and general pandemic restrictions, even most of the essential services shops are finding it difficult to sustainably run their businesses.

“With just these few hours that we get to open shop in the morning and with people’s movement still considerably restricted due to pandemic rules in place, we are doing half the business that we generally do, just about enough to keep the household running. I cannot even imagine the situation of those who are not allowed to open their shops at all,” said the owner of a grocery store on KIIT Road in Patia.

Not far from there, the long, wide and generally bustling Nandankanan Road looks somewhat desolate as popular retail stores, grand showrooms and typically lively restaurants and eateries along it are all shuttered.

“It’s been nearly two months since our showroom was opened last to the public. With no sales during this period, in addition to the huge losses incurred from an already pandemic-hit year, the continuing operational costs are looking increasingly prohibitive,” said a senior manager of one of the most popular jewellery showrooms on that road, who did not wish to be named.

“We have continued to retain and pay salaries to our staff throughout this period not with the hope of better times ahead and, more importantly, on humanitarian grounds. However, we simply don’t have the resources to do this for much longer without risking shutting down the business altogether,” he continued.

His worries reflect those of countless others from the trading community in Bhubaneswar and Cuttack who are praying for a solution – at least some kind of a workable middle ground amidst the present or a future wave of the coronavirus pandemic – that can prevent businesses from being sacrificed on the altar of public health.

And then they are others such as those textile shop owners in the city who were forced by prolonged pandemic-induced hardships to flout lockdown rules as they secretly sold their products ahead of the holy occasions of ‘Sabitri Brata’ and Raja.

Therefore, some economic experts and members of the business community are proposing a double-pronged strategy in which allowing non-essential shops to operate and ensuring the safety of public health no longer remain a zero-sum game.

“While enforcing pandemic rules more strictly by itself, the state government can also give such establishments permission to open their businesses conditional upon their agreement to be completely responsible, accountable and liable for their own as well as their customers’ Covid-appropriate behaviour,” said one of the leading businessmen of the state, on the condition of anonymity.

Considering these seriously trying times, in which so many lives and livelihoods have been perishing with no one-size-fits-all solution on the horizon, such a strategy could be well worth a try.