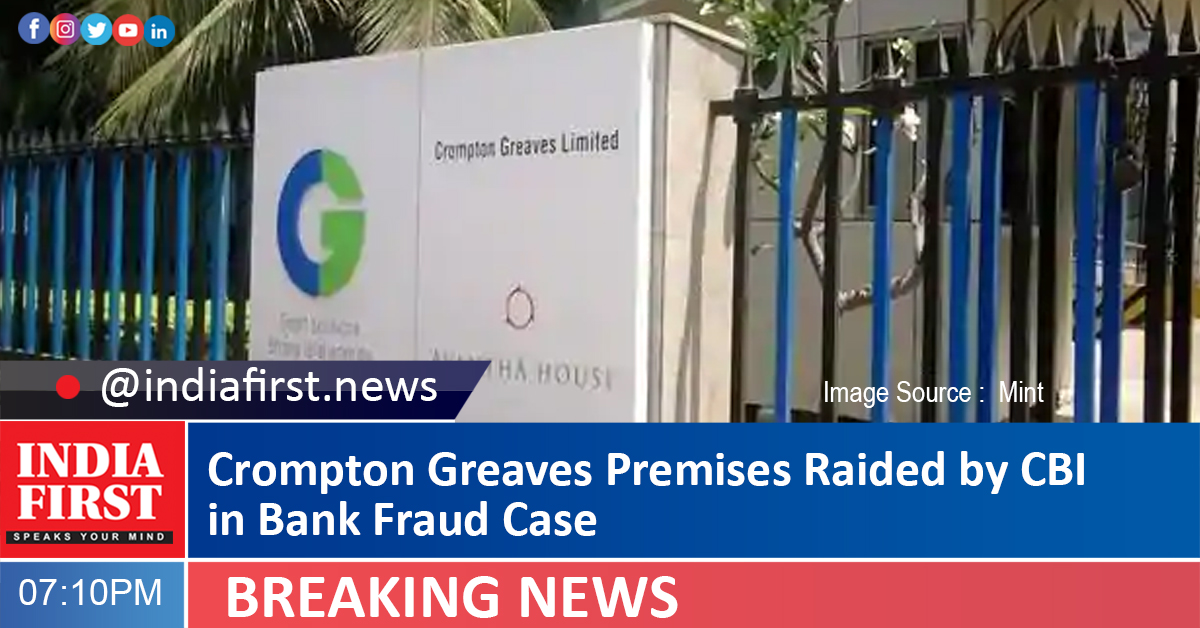 The Central Bureau of Investigation (CBI) today said that it is carrying out searches at several locations in Delhi and Mumbai on the premises linked to Crompton Greaves in connection with a bank fraud case.

A CBI official related to probe said: “Agency sleuths are carrying out searches at the premises of Crompton Greaves in Mumbai and Delhi in connection with a bank fraud case based on the complaint of the bank.”

Meanwhile, the CBI official did not share the details of the bank fraud case.

On June 9, the CBI had earlier filed a case against industrialist Gautam Thapar of Avantha Realty and Oyster Buildwell Pvt Ltd among several others for allegedly cheating Yes Bank to the tune of Rs 466 crore.

The CBI also carried out searches at 14 locations, including at Delhi NCR, Lucknow, Secunderabad and Kolkata which has led to the recovery of incriminating documents and digital evidence.

Thapar is also already being probed in another case related to diversion of public money in Yes Bank, allegedly involving the bank’s former chief Rana Kapoor.