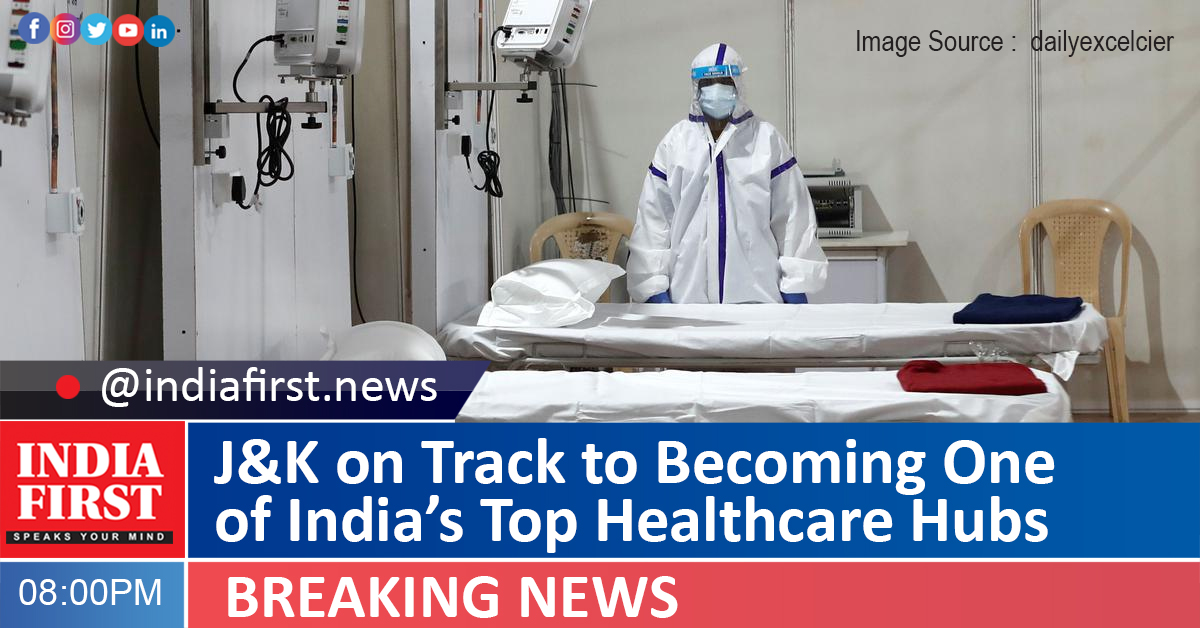 Jammu and Kashmir is spending 2.86 per cent of its Gross State Domestic Product (GSDP) on healthcare which is the highest by any state or UT in the country.

These statistics shows that healthcare is one aggressively pursued priority of the government.

Over the past three years, the government’s efforts to make J&K healthcare one of the best in the country are visible on the ground.

Setting up of two AIIMS, one for Jammu and the other for the Valley, five additional medical colleges, five new colleges for training nurses and paramedics, 1,000 new healthcare and wellness centres are the imprints of state healthcare policy.

Seats in the medical colleges have gone up by 100 per cent.

To address the shortage of doctors, 500 additional MBBS seats have been added this year and their number has now been doubled in government medical colleges out of which 85 seats are reserved for financially weaker sections.

To overcome shortage of PG doctors and prepare specialists at that level, the health department has started a diploma of national board course in new and old medical colleges.

On boosting of health infrastructure, new medical colleges have been upgraded through their attachment to district hospitals which are being equipped with all facilities.

All present 300-bedded hospitals will be upgraded to 500 beds.

This year, two new 500-bedded Covid hospitals have been set up, in Jammu and Valley, for which 1,366 new recruitments of doctors, nurses, paramedics and technical staff have been made.

The result of all these giant strides has been that neonatal mortality rate has come down from 23 per cent to 13.3 per 1000 in the past three years. Infant mortality rate has fallen from 32.4 to 16.3 per 1,000 during this period.

PMJAY-SEHAT launched by the Prime Minister is covering 100% population without discrimination.

To promote Ayush care services, two Ayush colleges, Unani and Ayurvedic colleges have been started. Facilities of Ayush have also been provided at 571 standalone dispensaries.

In addition to this, the World Bank assistance of Rs 367 crore to improve healthcare institutions was also received.

There is an ambitious proposal to set up two medi-cities in Jammu and Srinagar.

Towards the realisation of this objective, Global investment proposals worth Rs 3225-3325 crore in health care and medical education have been received.

“Virinchi healthcare Private Limited proposal of Rs 200 crore for 500-bedded hospital, another proposal worth Rs 2,200 crore from HP Kapital limited for setting up Hitech medical university with 350-bedded hospital and 700 bedded student accommodation, one each in Jammu division and the Valley with employment generation for 6,000 people, are some of the proposals on which final decision is being taken,” said senior officials in the health and medical education department.

The face of healthcare is changing fast. It might not be an exaggeration to say that in a couple of years J&K would become one of the most sought-after affordable healthcare destinations in the country.