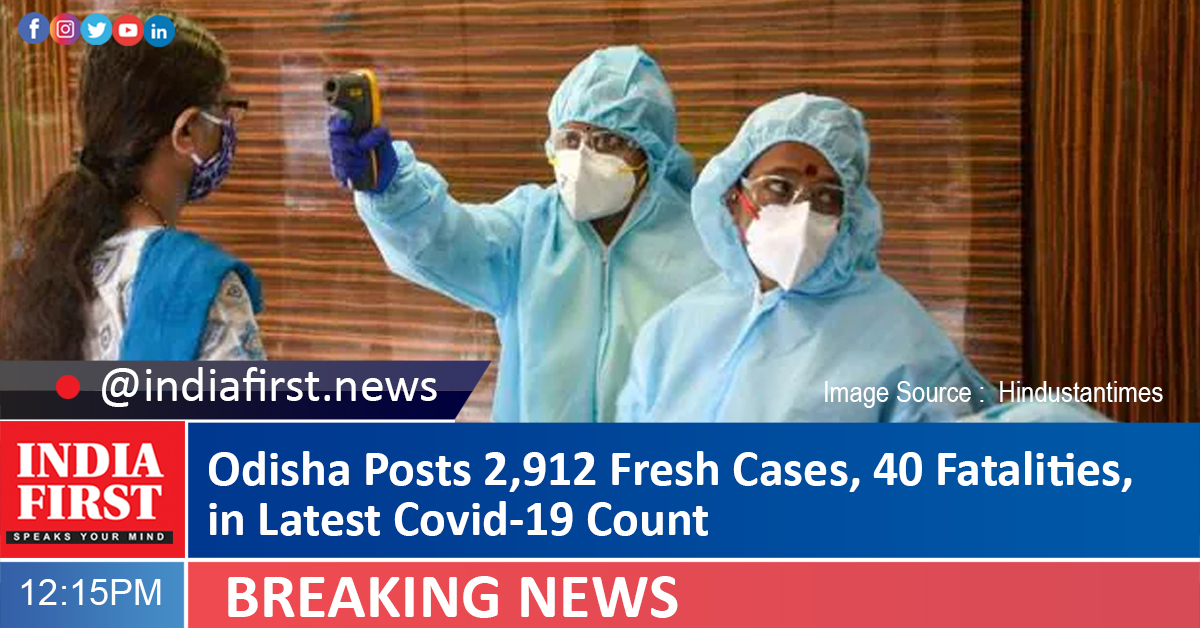 Odisha has once again reverted to its trend of declining daily Covid-19 numbers, with 2,912 new cases and 40 deaths reported in the past 24 hours, according to data on the state government’s online Covid dashboard.

Of the latest cases, have come from quarantine centres and from local contact tracing, as per the state’s Information and Public Relations department

The district of Khordha has registered the highest numbers as usual, with 401 cases, followed by Cuttack with 382, Jajpur with 292, Balasore with 220 and Mayurbhanj with 174 cases.

However, Khordha witnessed unusually high casualties during the period with nine deaths, as Bargarh, Cuttack and Nayagarh trailing far behind with five deaths each, while Angul saw three deaths, Balasore, Bhadrak, Balangir, Boudh, Puri and Sundargarh logged two each and Ganjam accounted for the remaining one case.

Odisha’s overall Covid caseload has risen to 8,93,508, with 33,156 active cases as the death toll reached 3,801. However, 8,56,498 people have recovered from the highly contagious disease since the outbreak of the pandemic last year.