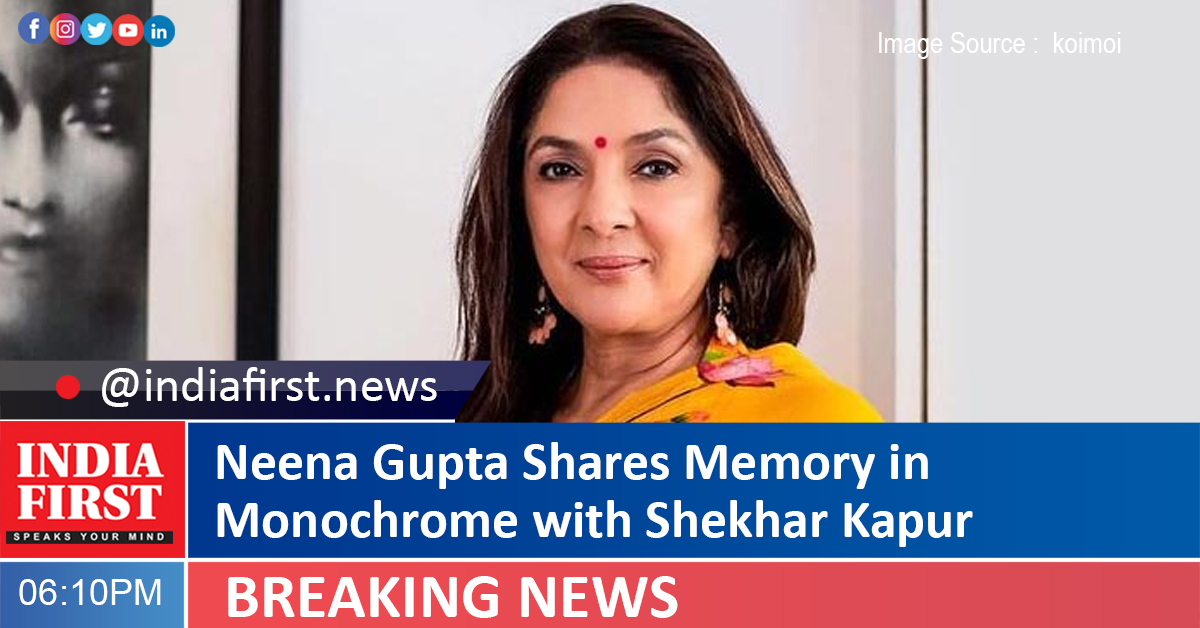 Actress Neena Gupta shared a slice from the past with fans today. The actress posted on Instagram an old black and white picture of her with filmmaker Shekhar Kapur.

“Uff memories…with shekhar kapoor in khandaan series in 1985,” she wrote alongside the image.

“Khandaan” was one of the earliest popular soaps on Doordarshan. The weekly show featured a huge ensemble cast, and was Gupta’s first TV series.

In the picture she posted today, Gupta is seen standing with Kapur. While the actress looks coy, the director is seen looking at her candidly in a folded arms gesture.

Gupta recently launched her autobiographical book “Sach Kahun Toh”. On the work front, the actress, who was seen in the OTT-released film “Sardar Ka Grandson”, will soon be seen in Kabir Khan’s cricket drama “83” and Rensil D’Silva’s thriller “Dial 100”.