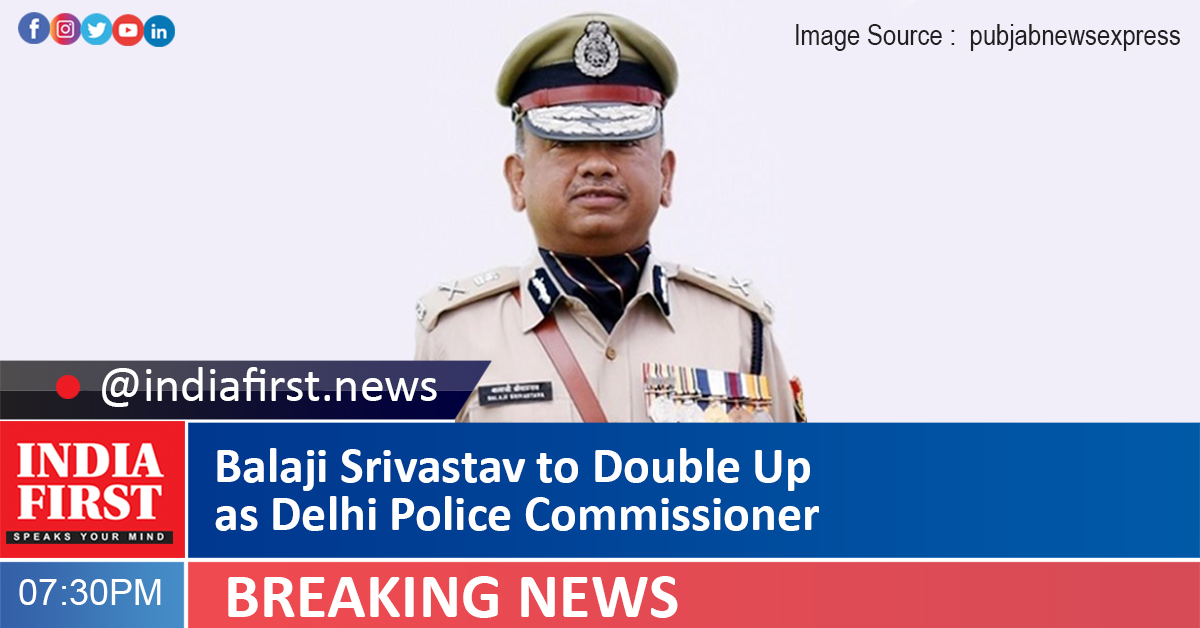 Balaji is currently holding charge of Special Commissioner of Police (Vigilance) in Delhi Police. He was earlier with the Research Analysis Wing before returning to Delhi a few years ago.

Balaji is replacing current commissioner S.N. Shrivastava, who will retire from his service on June 30. Shrivastava, a 1985-batch AGMUT cadre IPS officer, had taken charge as Delhi Police Commissioner on February 28 last year in the backdrop of riots in North East Delhi.

Ministry of Home Affairs issued the order today appointing Balaji with the additional charge until the appointment of a regular incumbent or until further orders.