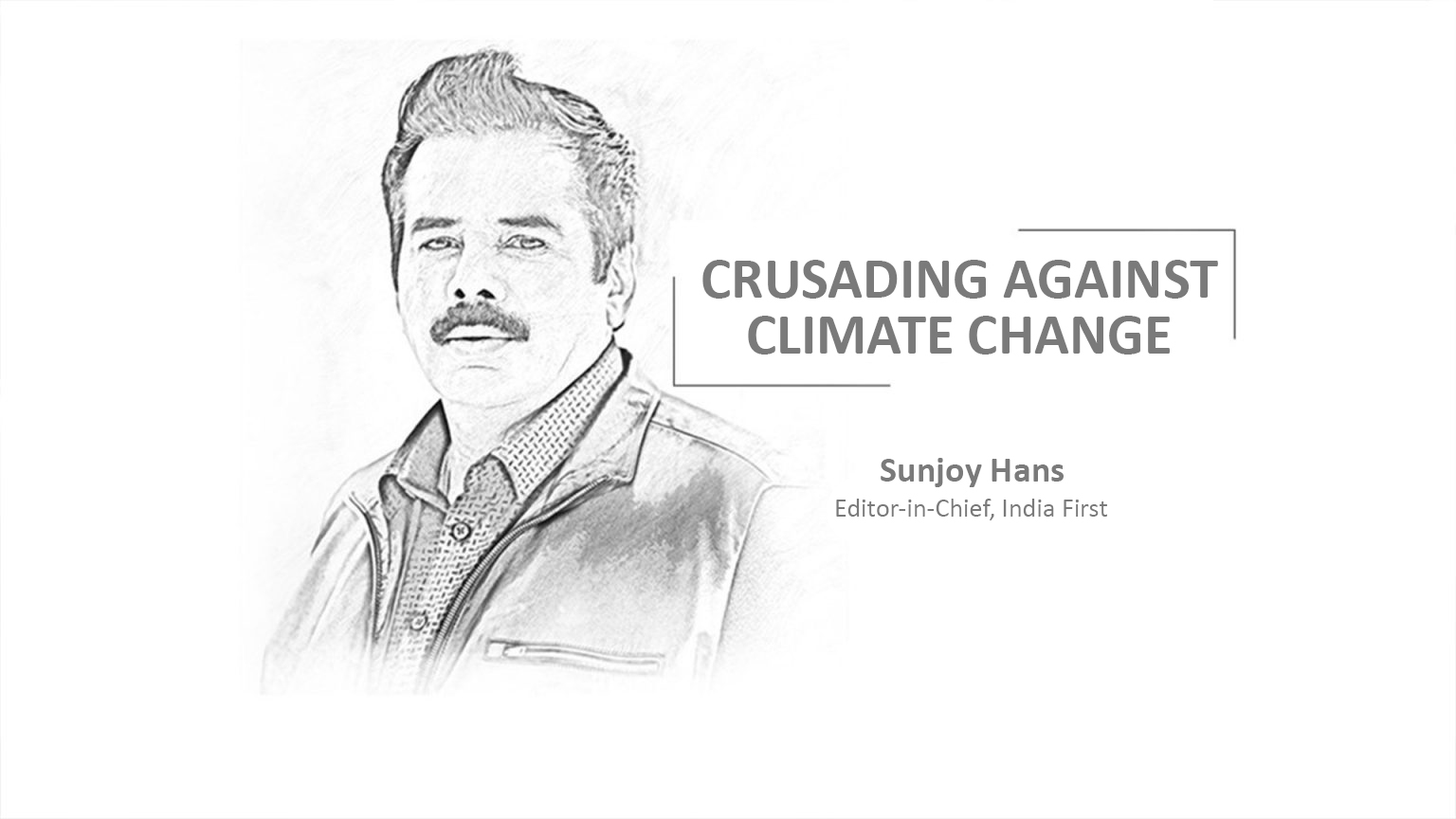 Led by Chief Minister Naveen Patnaik, Odisha was one of the first states of the country to make a comprehensive plan to counter the adverse effects of climate change which has been manifesting itself in various ways. The most visible impact of the phenomenon has been on the state’s coastline with severe erosion taking place at several places. Coastal erosion has been posing a problem to the government in districts such as Kendrapara, Puri and Ganjam.

With the World Bank providing assistance, the state government took a massive step towards containing coastal erosion a few years ago when it came up with a geo-tube wall (sand-filled tubes made of permeable fabric) at Pentha village in Kendrapara district. This saved the seaside village from certain destruction. The Rs.32.95 crore project was a first-of-its-kind experiment in the state and provided a model for others to follow.

Pentha is not the only place in the state battling the threat of sea erosion, a phenomenon explained by scientists in terms of sudden increase in the sea wave energy due to climate change. There are other villages facing the same kind of crisis, one of them being Satbhaya in Kendrapara which saw a relocation of the population when the threat became grave.

Sea waves have also played havoc in Puri several times, once eroding a portion of the road that runs parallel to the beach in the holy town which is a well-known tourist destination. Authorities had tried to contain the damage by dumping boulders and sandbags at the spots where erosion was severe. Sea waves have also been eating into the landmass at several places in Ganjam district.

Statistics suggest that more than 36 per cent of the state’s 480 km coastline is facing the threat of erosion. In the wake of cyclone Fani that hit the Odisha coast in 2019, there were fears of sea becoming even rougher with intensified wave energy, a sure sign of climate change.

However, the Naveen Patnaik administration remains determined to fight all such adverse effects of global warming and climate change with meticulous planning.

While the use of cutting-edge technology has helped, as seen in the case of Pentha where geo-tube wall has saved precious lives, the government is also encouraging people to preserve greenery. Some people have done pioneering work in this direction. One of them is 59-year-old Sudhir Rout who has been planting trees on the barren hills of Ganjam district. Popularly known as the “green man” of Ganjam Rout, has turned at least 10 such bald hills green with his endeavour. He has been using his savings to plant trees not only on hills but also along roads.

The government has always appreciated the efforts of such people who inspire all to fight the ill effects of climate change. With all the steps that his government has been taking, the Chief Minister himself has been leading by example as well.