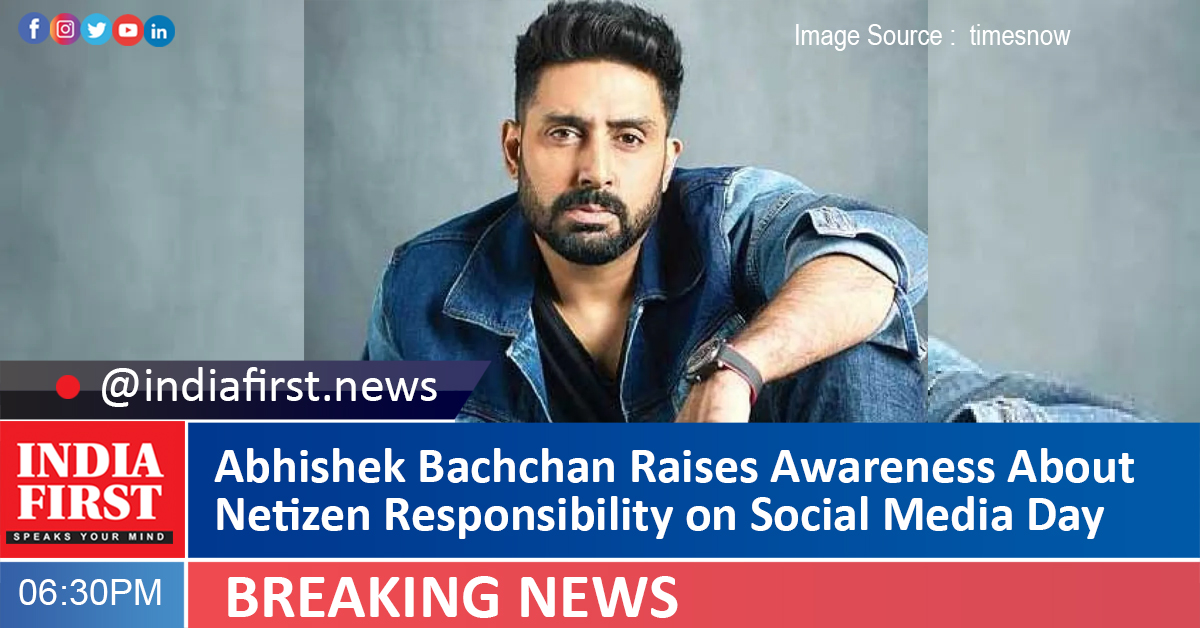 Bollywood actor Abhishek Bachchan, on the occasion of World Social Media Day today, reminded netizens about the responsibility that comes with power.

Abhishek took to Twitter and Instagram to suggest that social media can be used for “Sharing information, gaining knowledge, spreading love, peace and happiness” instead of “spreading rumours/negativity”.

On the work front, Abhishek’s latest release was the digital film “The Big Bull”, where he features alongside Ileana D’Cruz.

The actor will next be seen in the upcoming film “Bob Biswas” directed by Diya Annapurna Ghosh. The film is a spin-off of “Kahaani”, and based on the fictional character of that name who became popular in the 2012 Vidya Balan hit, “Kahaani”.

Abhishek will also feature in the forthcoming film “Dasvi” directed by Tushar Jalota alongside Yami Gautam and Nimrat Kaur.