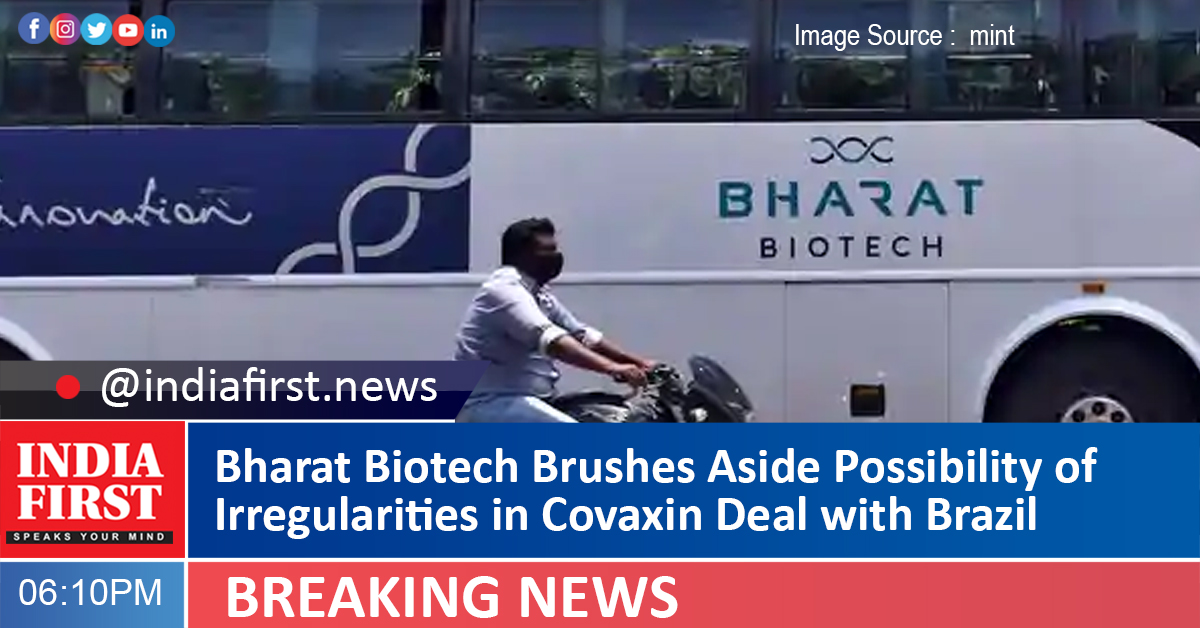 After Brazil announced suspending a US$324 million Covaxin contract that has mired President Jair Bolsonaro in accusations of irregularities, Bharat Biotech has said it has not received any advance payments nor supplied any vaccines.

“During the past few weeks, there have been reports in the media at large misrepresenting the procurement process of COVAXIN, in Brazil and other countries,” Bharat Biotech said.

In the specific case of procurement of Covaxin by Ministry of Health, Brazil, since the first meetings with MOH Brazil during November 2020, until June 29, 2021, a step-by-step approach has been followed towards contracts, and regulatory approvals, during this eight-month-long process.

Bharat Biotech has followed a similar approach towards contracts, regulatory approvals and supplies in several countries worldwide, where Covaxin is being supplied successfully.

“The pricing of COVAXIN has been clearly established between $15-20 per dose for supplies to Governments outside India. The pricing for Brazil has also been indicated at $15 per dose. Bharat Biotech has received advance payments from several other countries at the above price points, with supplies in process, pending approvals,” it added.

Precisa Medicamentos is Bharat Biotech’s partner in Brazil, providing assistance, guidance and support with regulatory submissions, licensure, distribution, insurance, conduct of phase III clinical trials, etc. Bharat Biotech follows a similar partnership model in all countries, where its vaccines are supplied, as it does not have its own offices in these countries.

Bharat Biotech and Precisa Medicamentos are conducting a 5,000 subject phase III clinical trial in Brazil, which was recently approved by ANVISA. The trial will be conducted by the Albert Einstein Institute.

“According to the preliminary analysis of the CGU, there are no irregularities in the contract but, for compliance, the Health Ministry chose to suspend the contract for a more in-depth analysis,” the Brazil ministry said in a statement. Earlier, a global news wire reported a CNN Brasil report that the ministry had decided to cancel the contract.

Brazilian federal prosecutors have opened an investigation into the deal, citing comparatively high prices, quick talks and pending regulatory approvals as red flags for the contract signed in February.