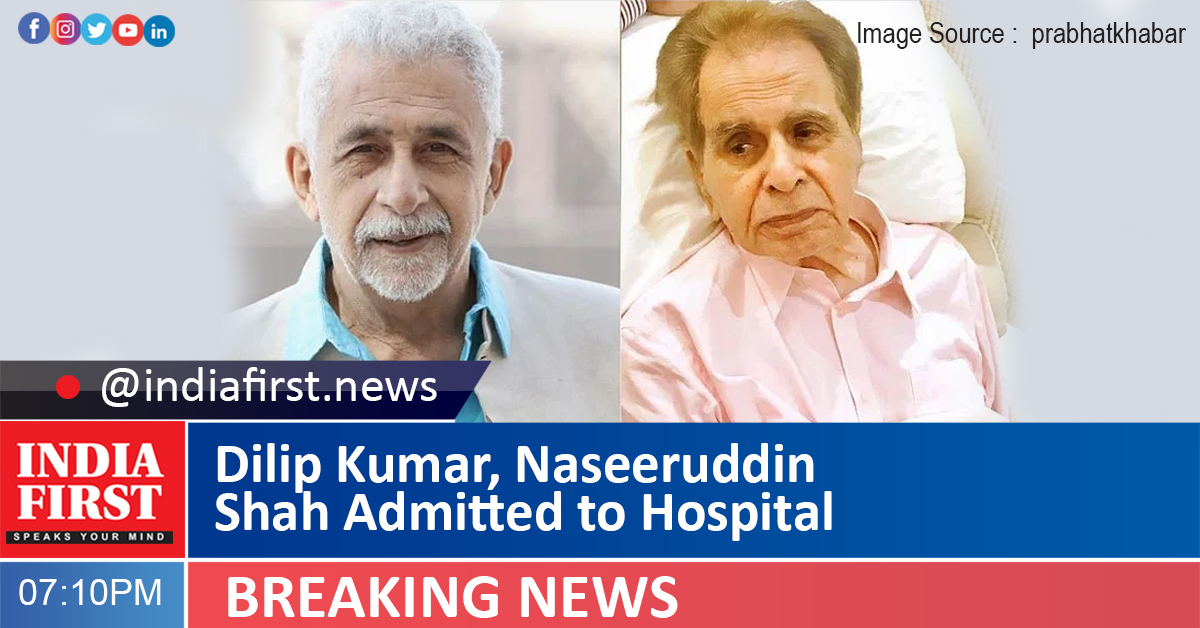 Bollywood legend Dilip Kumar has been hospitalised once again, for the second time this month.

The 98-year-old actor was admitted to the intensive care unit (ICU) of Hinduja Hospital, Khar yesterday, after reportedly complaining of breathlessness. As per reports, he is stable now.

This is the second time this month that the veteran actor has been admitted to hospital. He was hospitalised on June 6 after experiencing breathlessness.

A health update was tweeted from the actor’s official account on June 9, which reads: “Thank you for your prayers. A successful pleural aspiration procedure was performed on Dilip Saab. I personally spoke to Dr. Jalil Parkar and Dr. Nitin Gokhale. They are optimistic that he will be discharged tomm (Thursday).”

While the actor was in hospital earlier, his wife, veteran actress Saira Banu had earlier issued a statement on his Twitter account thanking fans for their love and prayers and requesting everyone to not pay heed to rumours. Dilip Kumar was discharged from the hospital on June 11.

Meanwhile, veteran actor Naseeruddin Shah has also been admitted to a hospital in the city.

The 70-year-old actor has reportedly been diagnosed with pneumonia and a patch in his lungs, and is undergoing treatment over the past couple of days.

“He has been in the hospital for two days. He’s under medical supervision. He was brought in for Pneumonia. There was a patch found in his lungs and it became necessary for him to be hospitalised immediately,” the actor’s manger told Bombay Times.

On the work front, Naseeruddin Shah will next be seen in the upcoming film “Maarrich”.

Shah will also feature alongside Rasika Dugal in the upcoming film “The Miniaturist Of Junagadh”.