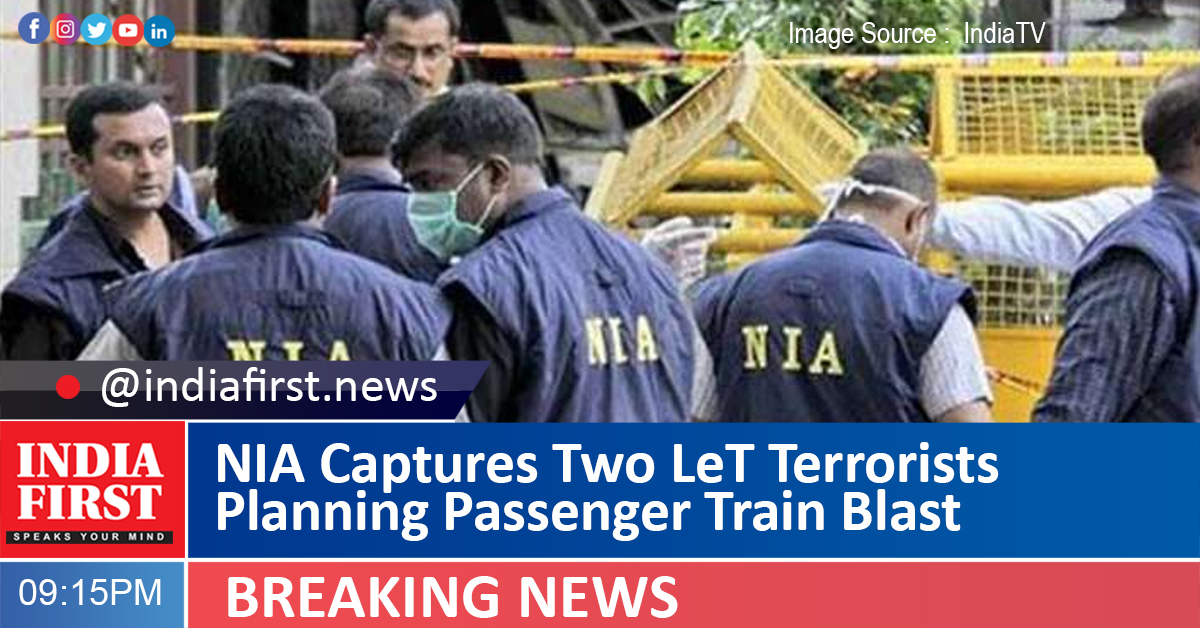 The National Investigation Agency (NIA) said yesterday that it has arrested two Lashkar-e-Taiba (LeT) terrorists from Hyderabad, who had planned an explosion in a running passenger train on the instructions of Pakistan-based handlers, in connection with its probe into the bomb blast in Bihar’s Darbhanga railway station on June 17.

An NIA spokesperson said that the agency has arrested Imran Malik aka Imran Khan and Mohammad Nasir Khan aka Nasir Malik, both of whom were staying in Nampally in Hyderabad district. The duo originally hails from Shamli district in Uttar Pradesh.

The case pertains to the explosion of a parcel at the Darbhanga railway station on June 17. The parcel was booked at Secunderabad and had arrived by the Secunderabad-Darbhanga Express.

The NIA had taken over the probe on June 24.

The official said that after visiting the scene of crime and based on the inputs received by the investigating team of the NIA, the accused persons mentioned above were arrested from Hyderabad.

The official said that preliminary investigation has revealed a transnational conspiracy hatched by top operatives of the proscribed terror outfit LeT to execute terror acts across India and cause large scale damage to life and property.

“Acting under the directions of Pakistan-based handlers of LeT, Nasir Khan and his brother Imran Malik had fabricated an incendiary IED and packed it in a parcel of cloth and booked the same in a long-distance train from Secunderabad to Darbhanga,” the official said.

The official pointed out that this was aimed at causing explosion and fire in a running passenger train, resulting in huge loss of lives and property.

“Nasir Khan had visited Pakistan in 2012 and had received training from the handlers of LeT in the fabrication of IED from locally available chemicals,” the official said, adding that he along with his brother Imran was in touch with Pakistan-based handlers of LeT over encrypted communication platforms.

“The arrested persons will be produced before a Special NIA Court in Patna after obtaining transit from the competent court. A probe is on to unearth the larger conspiracy,” he added.