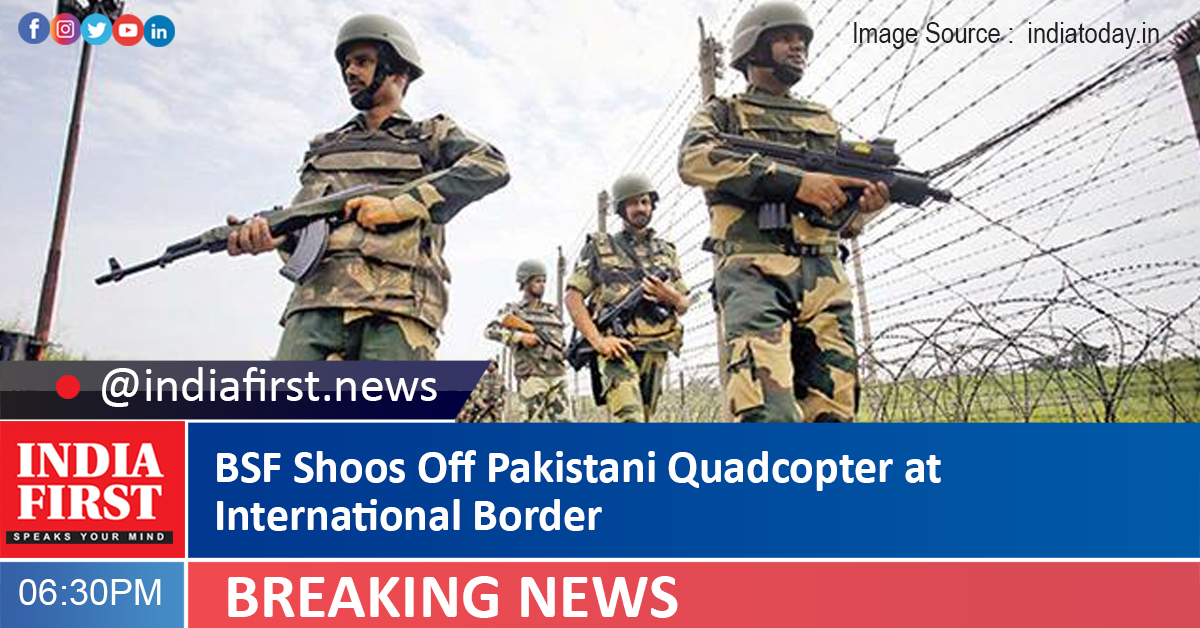 The Border Security Force (BSF) have fired at a quadcopter from Pakistan to repulse it from crossing the International Border (IB) in the Arnia sector of Jammu, officials said.

“Alert BSF troops fired at a small quadcopter belonging to Pakistan today morning at about 4.25 a.m. as it was trying to cross IB in Arnia sector,” BSF said.

“Due to this firing, it returned back immediately. It was meant for carrying out surveillance of the area.”

On June 29, drone activities were thwarted by the army at Ratnachuk-Kaluchak military area in Jammu.

On June 27, there were two bomb blasts at the Jammu air force station which security agencies suspect were carried out using drones.