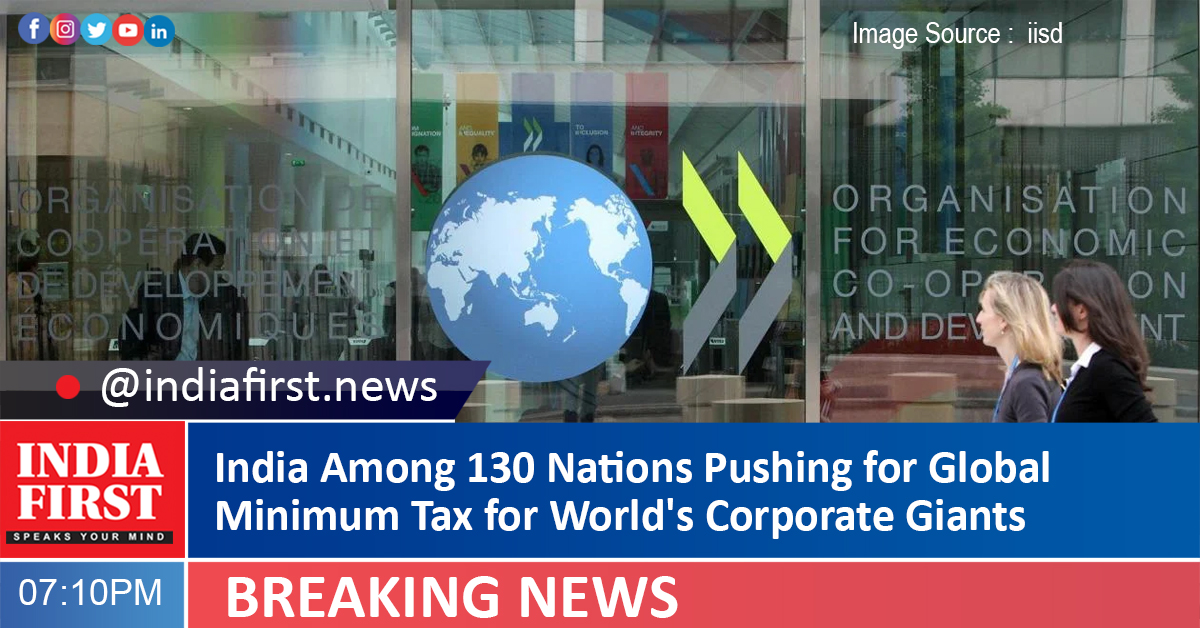 US Treasury Secretary Janet Yellen and the Organization for Economic Cooperation and Development (OECD) announced yesterday that 130 countries, including Switzerland, China and India, have agreed to back a global minimum corporate tax rate of at least 15 per cent, a policy priority for the Joe Biden administration, which has proposed major tax hikes on corporations to fund investments in infrastructure and social services, Forbes reported.

OECD said that 130 countries have joined a new two-pillar plan to reform international taxation rules and ensure that multinational enterprises pay a fair share of tax wherever they operate.

These 130 countries and jurisdictions, representing more than 90 per cent of global GDP, joined the statement establishing a new framework for international tax reform.

A small group of the inclusive framework’s 139 members have not yet joined the statement at this time. The remaining elements of the framework, including the implementation plan, will be finalised in October.

The framework updates key elements of the century-old international tax system, which is no longer fit for purpose in a globalised and digitised 21st century economy.

The two-pillar package – an outcome of the negotiations coordinated by the OECD for much of the last decade – aims to ensure that large Multinational Enterprises (MNEs) pay tax where they operate and earn profits, while adding the much-needed certainty and stability to the international tax system.

Pillar one will ensure a fairer distribution of profits and taxing rights among countries with respect to the largest MNEs, including digital companies. It would reallocate some taxing rights over MNEs from their home countries to the markets where they have business activities and earn profits, regardless of whether firms have a physical presence there.

Pillar two seeks to put a floor on competition over corporate income tax, through the introduction of a global minimum corporate tax rate that countries can use to protect their tax bases.

The 130 countries that agreed to the framework include members of the OECD and all members of the G20. The OECD said that it expects the plan to be finalised in October and said that it has the potential to raise US$150 billion in extra tax revenue every year, Forbes reported.

“Today is a historic day for economic diplomacy. For decades, the United States has participated in a self-defeating international tax competition, lowering our corporate tax rates only to watch other nations lower theirs in response. The result was a global race to the bottom,” Yellen said in a statement.

“We have a chance now to build a global and domestic tax system that lets American workers and businesses compete and win in the world economy,” Yellen tweeted.