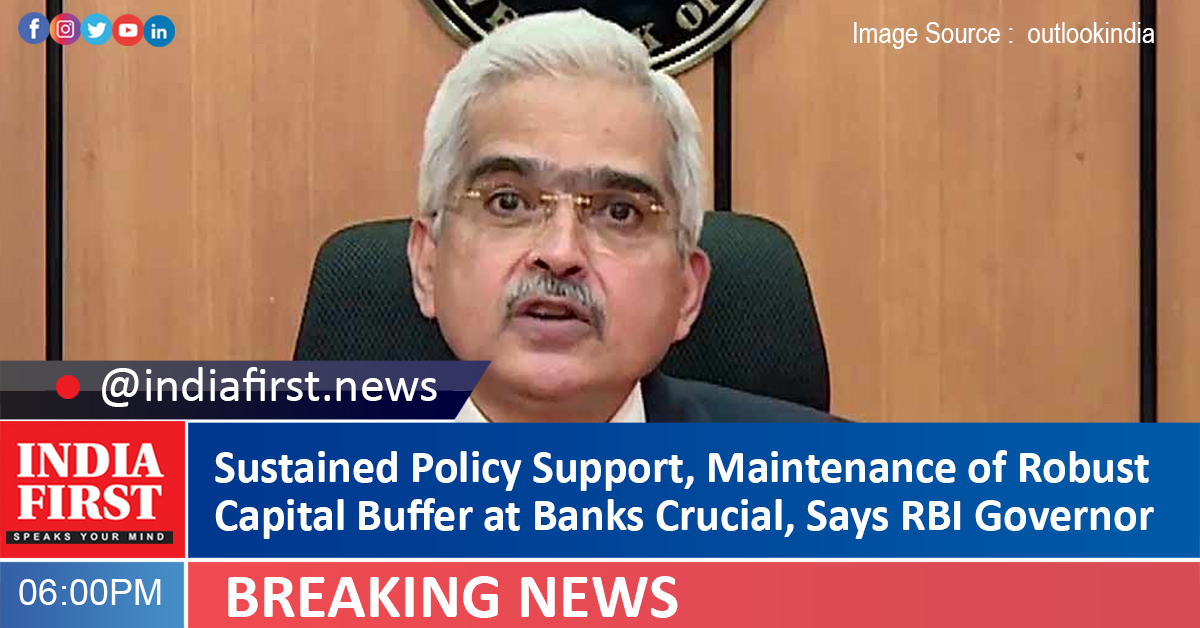 RBI Governor Shaktikanta Das has said that sustained policy support along with further strengthening of capital buffers by banks and other financial institutions remain vital amid the Covid-19 pandemic.

In his foreword to the Financial Stability Report for July 2021, Das said that while recovery is under way, new risks have emerged, including the still nascent and mending state of the upturn which is vulnerable to shocks and future waves of the pandemic.

The RBI Governor also noted that with the scent of recovery, global financial markets are upbeat on reflation trade. Domestic financial markets are also boosted by the strengthening signs of the pandemic’s abatement, the growing pace and breadth of the vaccination drive and renewed hopes of the economy clawing back to regain its lost ground.

Citing data in the Financial Stability Report, Das said that the dent on balance sheets and performance of financial institutions in India has been much less than what was projected earlier, although a clearer picture will emerge as the effects of the regulatory reliefs fully work their way through.

“Yet, capital and liquidity buffers are reasonably resilient to withstand future shocks, as the stress tests presented in this report demonstrate,” he added.