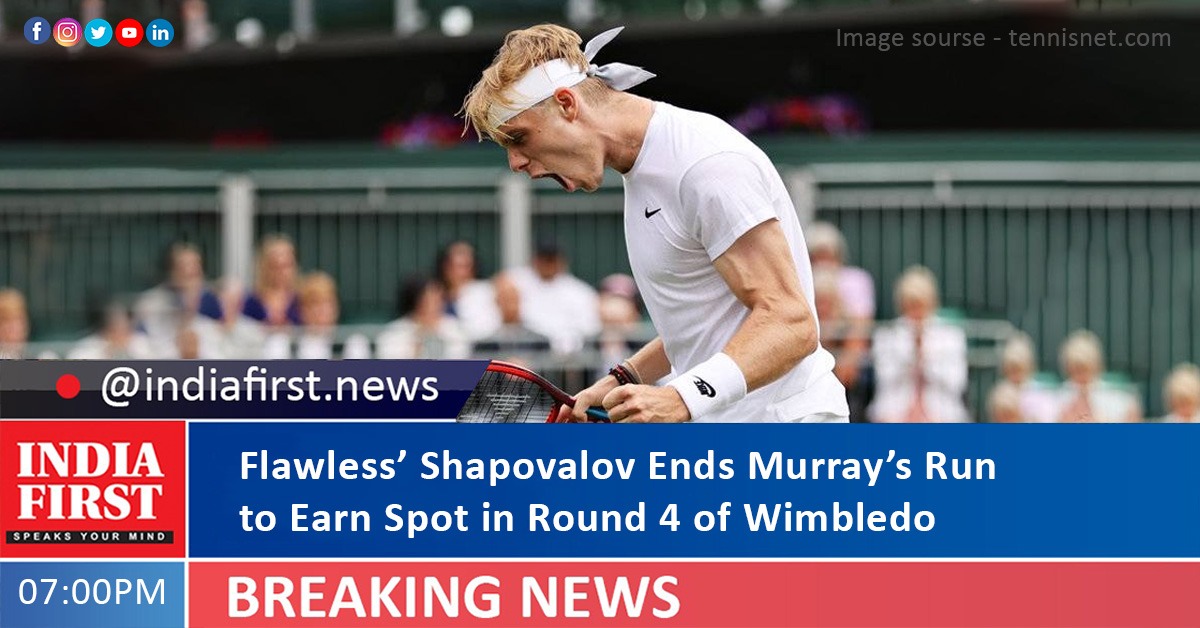 World No. 12, Canada’s Denis Shapovalov, held his nerve to overcome two-time former champion Andy Murray of Britain 6-4, 6-2, 6-2 in a confident showing to reach the fourth round at Wimbledon for the first time.

The Canadian has been enjoying a good run on grass this season, having reached the quarter-finals in Stuttgart and his first semi-final on the surface at The Queen’s Club two weeks ago. He carried that momentum into his first-ever match on Centre Court against the home favourite Murray.

Shapovalov will face eighth seed from Spain, Roberto Bautista Agut, as he seeks to reach the quarterfinals of a Grand Slam for the second time since the 2020 US Open. Bautista Agut beat Dominik Koepfer 7-5, 6-1, 7-6(4).

Shapovalov, who has been seeded 10th at the Championships, fired 45 winners including 13 aces yesterday evening. He saved eight of the nine break points he faced en route to victory.

“I think it’s probably one of my best performances, even outside of Wimbledon. I think I definitely played really flawless today and just super solid,” Shapovalov told atptour.com.

“It was an incredible experience. It was a dream of mine to grow up one day and play on the Centre Court at Wimbledon. I have seen so many legends play there, and it’s always just been a huge goal of mine.

“To go out there today and to play a guy like Andy, who is also just such a legend, and to beat him today with the tennis I was playing, it was incredible for me.”

“Honestly, I told him at the net that he’s my hero,” said Shapovalov. “Achievements aside, what he’s (Murray) been able to do in the sport to come back with an injury like this, to be playing the tennis that he’s playing, moving the way he’s moving I said after his second match it was truly like ‘vintage Andy’ and so much fun to see as a fan,” added the Canadian.

Shapovalov improved to 20-13 on the season with the victory against Murray, who was playing his fourth tour-level tournament of the year.