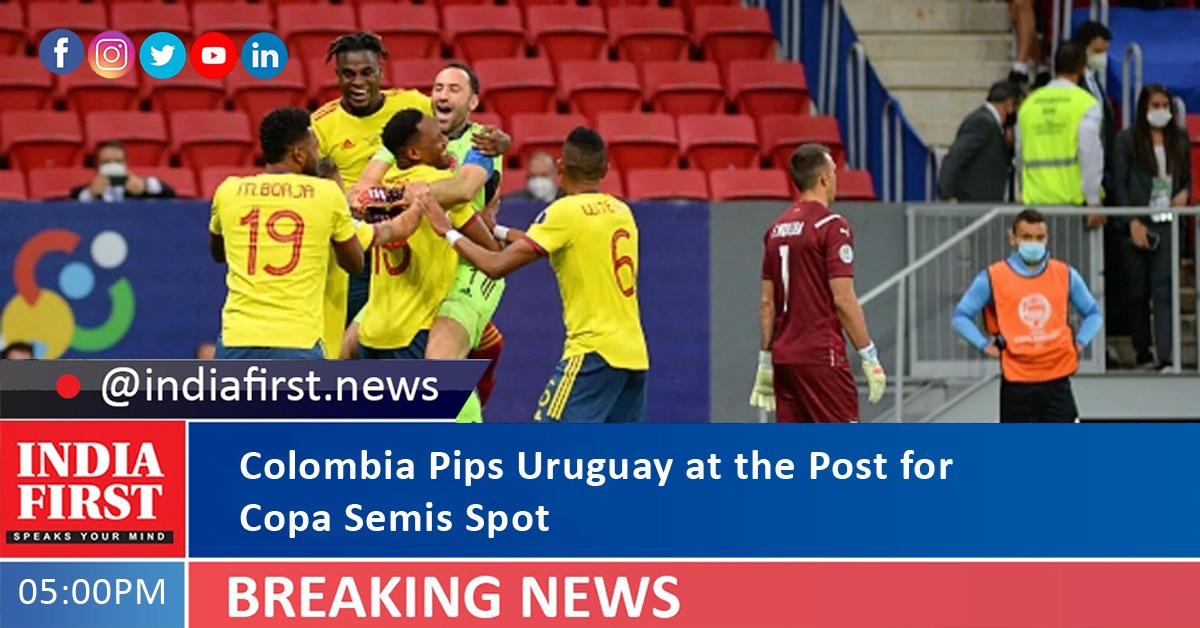 David Ospina saved two penalty attempts as Colombia advanced to the Copa America semi-finals with a 4-2 shootout win over Uruguay in Brasilia.

The Napoli goalkeeper dived low to his right to keep out Jose Gimenez’s spot-kick and then leaped to his left to palm away Matias Vina’s attempt at the Mane Garrincha stadium in Brasilia on Saturday, reports Xinhua.

The match went to a shootout after a goalless 90 minutes in which neither team posed a clear attacking threat.

With no extra-time played in South America’s major competitions, the match went straight to penalties after 90 minutes, paving the way for Ospina and his teammates to atone for their shootout defeat to Chile in the quarterfinals of the 2019 Copa America.

Colombia will face either Argentina or Ecuador in the last four on July 6 while hosts Brazil meet Peru in the other semifinal on July 5.

“We want to achieve important things and this was a step towards doing that,” Ospina said after the match. “They (Uruguay) are tough opponents and we had to work hard to beat them. We know that nobody is going to gift us anything. Now we’re going to rest and start preparing for our next match,” the Napoli goalkeeper added.

Veteran Uruguay striker Edinson Cavani said the team were satisfied with their performances throughout the tournament, despite the unhappy ending.

“That’s the way it is with penalty shootouts, they can go either way,” the Manchester United player said. “We played well and so did they. It’s always sad to be eliminated but we ought to keep our heads high because we improved as the tournament progressed. That’s why we’re staying positive and already thinking about what’s ahead.”

Both sides mustered just three shots on target while Colombia had a slight edge in midfield, controlling 51 per cent of possession and completing 425 passes compared to Uruguay’s 409.

Los Cafeteros had the best of the early chances, with William Tesillo heading just over the bar and Duvan Zapata forcing a smart save from goalkeeper Fernando Muslera just before halftime.

Uruguay were more assertive early in the second half and almost went ahead just before the hour when Edinson Cavani found Giorgian De Arrascaeta, who Ospina denied after a low drive into the bottom corner.

Colombia rallied late and created a series of half-chances, including headers from Yerry Mina and Zapata that Muslera was again able to keep out.