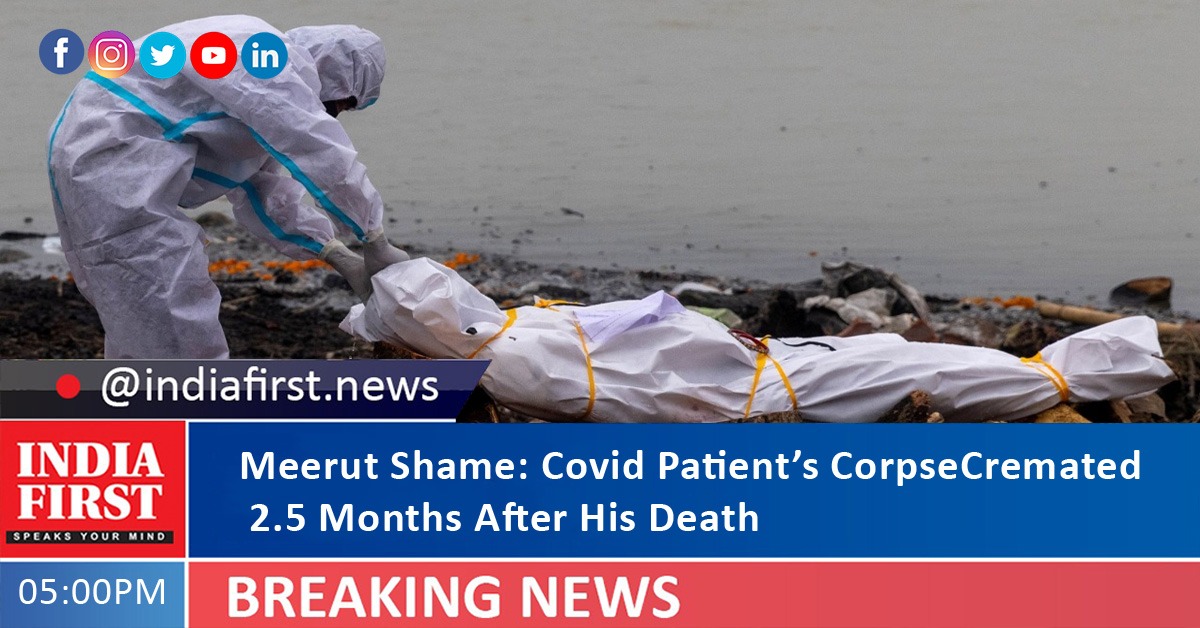 A Covid victim’s body has been found to be lying in the mortuary for more than 75 days now in the Lala Lajpat Rai Memorial Medical College (LLRMMC) in Meerut, because his wife could not pay Rs 15,000.

His wife Gudiya, came from Basti district to collect her husband’s body but was reportedly asked to pay Rs 15,000.

“The doctors asked for Rs 15,000 but I did not have the money. They said they would cremate the body,” she told reporters.

The hospital, meanwhile, has denied the allegations.

Dr Vidit Dikshit, who oversees the disposal of bodies at the hospital, said “The patient was accompanied by his brother, Vijay. When the patient died on April 15, we called up the number Vijay had given us. It was switched off. The allegation that money was demanded is false. We did not have enough space here so we moved the body to Hapur when no one came forward to claim it.”

Meerut District Magistrate K.Balaji said that he has set up an inquiry to probe the allegations.

In Hapur, Dr Dinesh Khatri, head of the primary health centre there, said they had been trying to trace the family since then.

“The chief medical officer of Hapur was informed that no one had claimed the body. It was brought here and kept at the mortuary in the G.S. College. After that, we tried to trace the family. Later, we sought help from the police and the phone number that had been given was put under surveillance,” he added.

Finally, Gudiya was traced and called to Hapur where the man’s cremation was done in her presence two days ago.