Wimbledon: Barbora Scrapes Past Sevastova to Set Up 4th Round Clash with World No. 1 Barty | India First e Newspaper Skip to navigation Skip to content 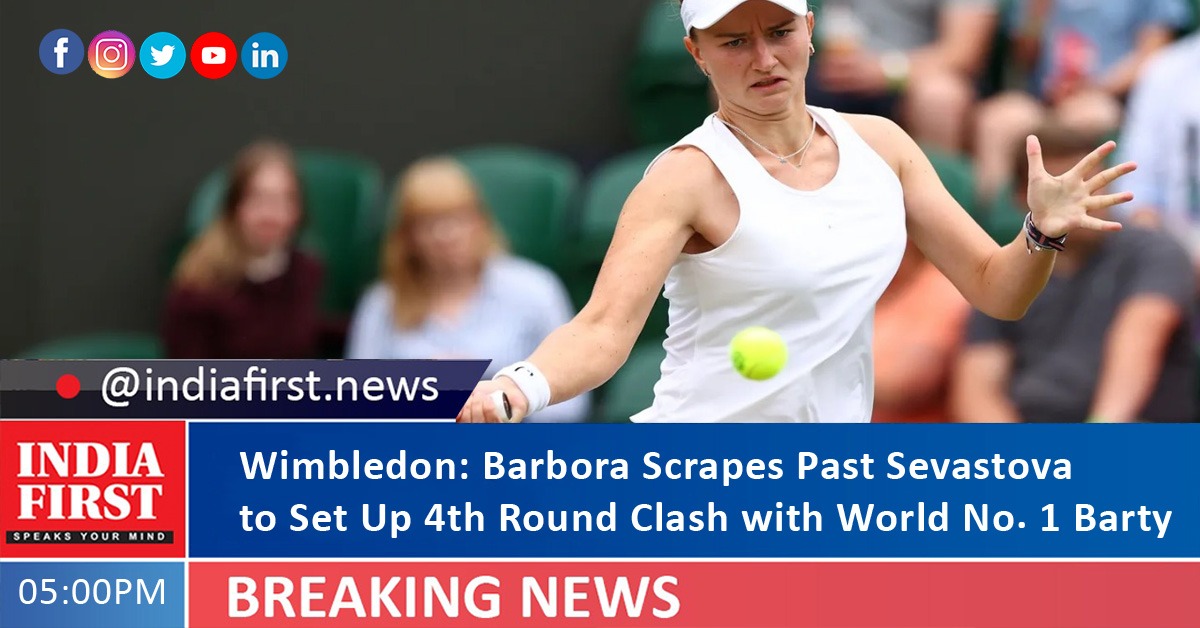 French Open champion Barbora Krejcikova of the Czech Republic booked a spot in the fourth round at Wimbledon with a 7-6(1), 3-6, 7-5 win over Latvia’s Anastasija Sevastova.

Barbora will take on world No. 1 Ashleigh Barty, for a place in the quarterfinals after the Australian overcame her doubles partner, Katerina Siniakova of the Czech Republic, to close out play on Centre Court yesterday evening with a 6-3, 7-5 verdict.

Overcoming 56 unforced errors, Barbora edged the former world No.11 Anastasija in 2 hours and 30 minutes, in a match that saw her come from a break down three times in the first set.

“It was really tough today. I was really just battling with myself a lot, because I wasn’t really feeling well,” Barbora told wtatennis.com.

“I really don’t remember much what was happening. I was just there. I was just trying to fight for every ball, and it was really up and down.

“At the end, when she missed the last ball, I was just extremely happy that it’s over. I was really happy it’s over.”

On her upcoming match against Ashleigh Barty, Barbora said, “All of this, you know, the way that I fought today, all of this is just extremely good achievement so far. It’s perfect result as my debut. Being (in the) second week, you know, I didn’t expect it.

“Just playing Ash, I know her for long time. I remember when she was 15, winning juniors here. I played, as well. I know her for so long. I actually like to watch her, because she gives me a lot of motivation and inspiration to just work hard,” said Barbora.

Ashleigh needed 97 minutes to see off Katerina in the pair’s first career meeting, as she and Barbora will also play for the first time.

“Another second week of a Slam. It’s always exciting. I feel like the consistency for me over the last couple of years, two years, not including 2020, has been good. It’s been nice to be putting myself deeper into these tournaments at the Slams,” Ashleigh said.