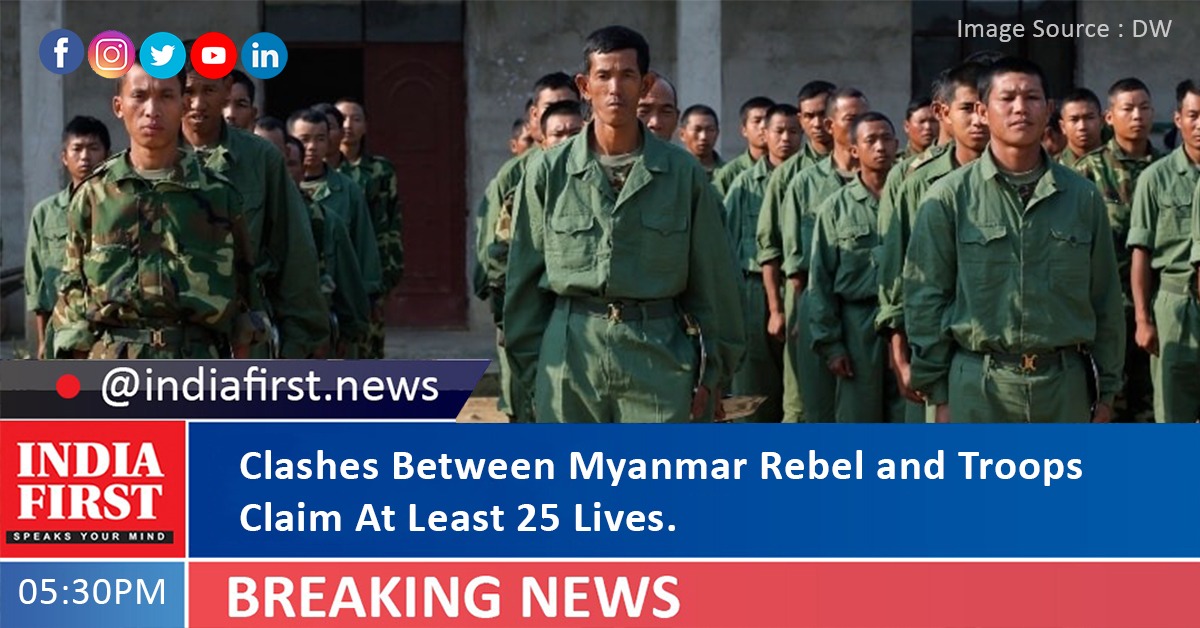 Fresh clashes erupted over the weekend in a Myanmar town located at a border region with India, leading to at least 25 fatalities, sources from the area said.

On July 2, Myanmar troops encircled the Satpyarkyin village, west of the Tabayin township in Sagaing province.

The resistance finally died down yesterday when PDF fighters ran out of bullets on their hunting rifles and arrows for their bows, PDF commander in Tabayin Si Aung said on Facebook Messenger.

He admitted that during the long fighting for nearly 48 hours, at least 18 PDF members were killed and more than 10 injured.

Aung said four junta soldiers were killed, along with three villagers who were caught in the crossfire.

He said at least 40 artillery shells were fired into the village before the soldiers charged.

“They had to retreat many times because of our resistance, but finally we moved out of Satpyarkyin to avoid more casualties and because we had no more bullets left,” Aung said.

Villagers at Satpyarkyin told Burmese media groups the final toll could cross 30 because bodies of more PDF fighters and villagers were found after the soldiers occupied Satpyarkyin, a PDF stronghold.

“We can’t retrieve all the bodies as regime raids continue,” a villager was quoted as saying.

Thousands of villagers have left Satpyarkyin and 11 adjoining villages.

“Food and medicine are urgently needed for the displaced as they couldn’t take anything while fleeing their homes,” one villager told Burmese media.

Tabayin (also known as Depayin) was the site of a massacre by pro-junta thugs who attacked ousted State Counsellor’s Aung San Suu Kyi’s convoy in 2003.

About 70 people were killed and others severely injured, although Suu Kyi’s vehicle managed to escape.

She was subsequently detained and returned to house arrest and other survivors were jailed for many years.