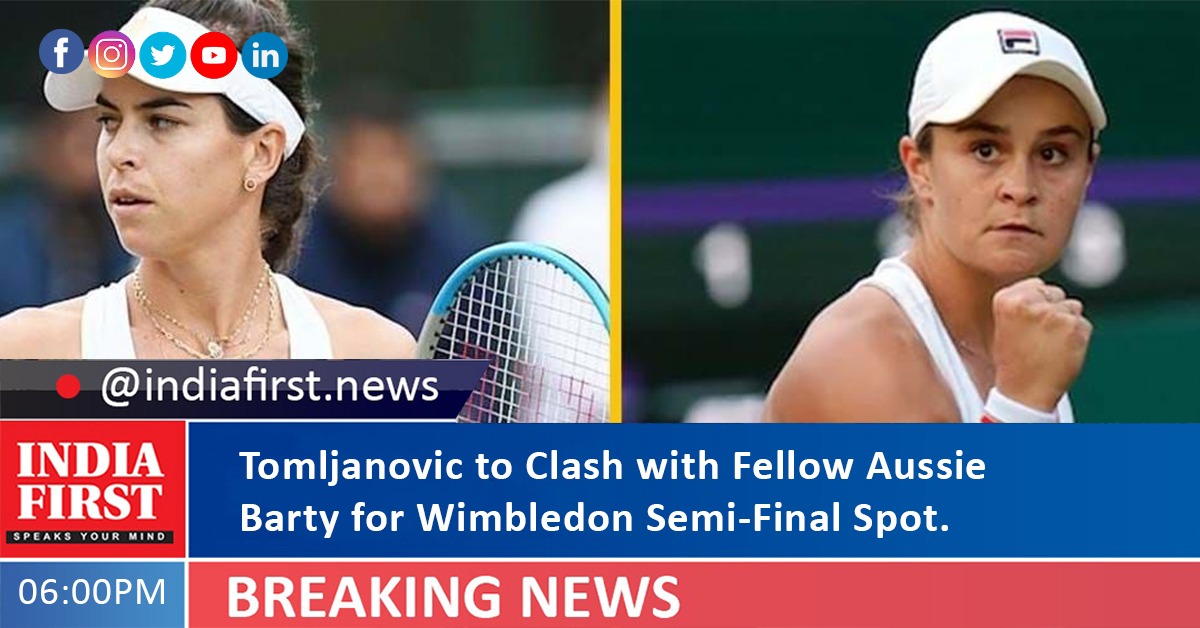 World No. 75 Ajla Tomljanovic of Australia claimed a spot in the first Grand Slam quarterfinal of her career, as the British teenager Emma Raducanu’s run came to an end at Wimbledon after she retired due to a breathing problem. Ajla was leading 6-4, 3-0 when the Emma retired.

“I’m unbelievably proud of myself that I’m here,” Ajla said in her post-match press conference.

“I didn’t think I would be, in a way. I didn’t think these two weeks would be my breakthrough. Now that they are, it’s kind of surreal. It just puts everything back into perspective. No matter the outcome tomorrow, I’m probably never going to forget this,” the Australian said yesterday evening.

Ajla will now take on compatriot and world No. 1 Ashleigh Barty for a place in the semi-final.

The retirement stopped world No.338 Emma’s run through the Wimbledon main draw in her Grand Slam debut. The 18-year-old Emma was aiming to become just the third wildcard to reach the women’s singles quarterfinals at Wimbledon.

“I can’t imagine how she must be feeling having to pull out,” Ajla said. “Being down 6-4, 3-0, you can come back from that quickly, especially on grass. It’s really sad that she had to do that. I do feel sorry.”

The duo was evenly matched throughout the majority of the opening set, with only one break point apiece through 4-4.

“It’s (Grand Slam quarterfinal) a long time coming just because I know how much work I’ve put in prior to this event,” Ajla said. “Now to come to see myself in the quarters, it kind of deserves a pat on my back.”