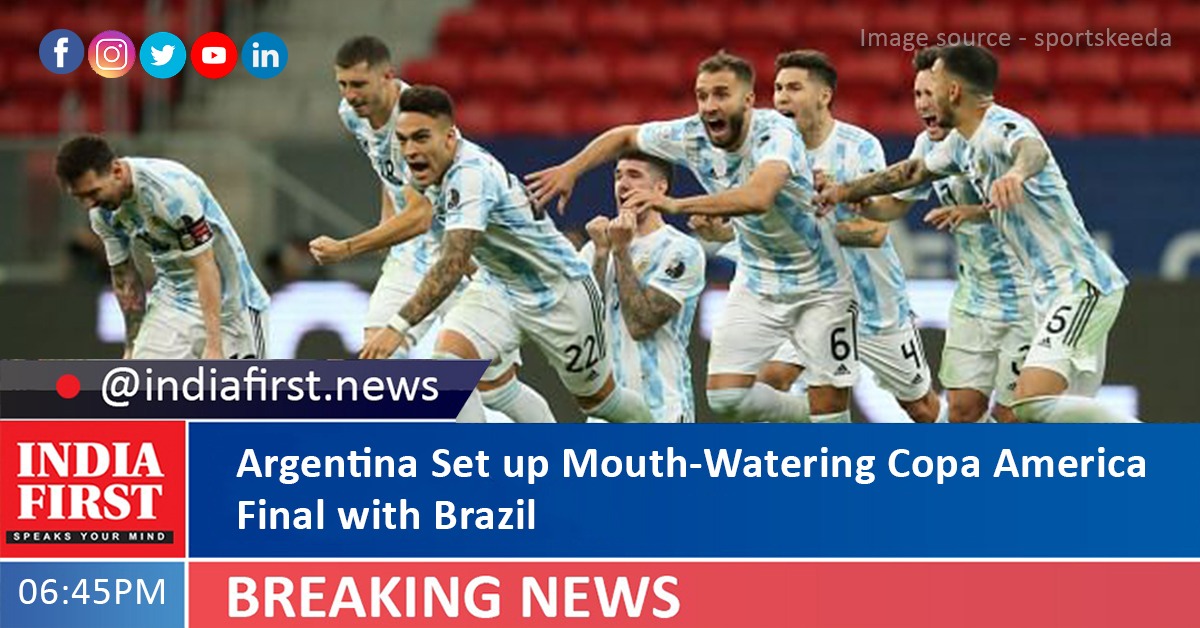 Emiliano Martinez saved three penalty attempts as Argentina progressed to the Copa America final with a 3-2 shootout victory over Colombia in Brasilia.

The Aston Villa goalkeeper guessed correctly to deny Davinson Sanchez, Yerry Mina and Edwin Cardona in a dramatic climax to their semifinal at Brasilia’s Mane Garrincha stadium yesterday, according to Xinhua news agency.

Earlier, Lautaro Martinez combined with Lionel Messi to net his third goal of the tournament before Luis Diaz equalised from a tight angle just after the hour mark.

The result sets up a tantalising final between Argentina and Brazil at Rio de Janeiro’s Maracana Stadium on July 10. It will be the first time that South American football’s biggest rivals have met in the final of the continental tournament since 2007, when Brazil won 3-0 in the Venezuelan city of Maracaibo.

“It has been a hard road to get here and now we have to enjoy it,” Argentina manager Lionel Scaloni said at the post-match press conference. “The players have been focused on this for almost 60 days and continue to push forward.

“I believe we are deserving finalists. We are now going to face our eternal rival. The two strongest teams in South America will be up against each other and we hope that people enjoy it.”

Argentina took the initiative from the outset in Brazil’s capital, with Messi dribbling past three defenders before chipping a pass to Martinez, whose header flew just wide.

The pair’s growing chemistry was on display again three minutes later and this time Martinez made Colombia pay, hammering a powerful finish into the bottom left corner after Messi turned smartly and spotted the Inter Milan striker alone 12 yards out.

The goal spurred Colombia into action but Juan Cuadrado’s fierce shot was saved by Martinez before Wilmar Barrios and Yerry Mina were denied by the woodwork.

Colombia continued to foray forward early in the second half and they were back on level terms when Diaz made a driving run into the box before somehow finding the target from the byline while off balance.

Martinez missed the chance to put Argentina ahead when he hesitated and had his shot blocked by Mina after fine work by Di Maria. Messi then saw his shot rebound off the post after another Di Maria pass as the game went to penalties.