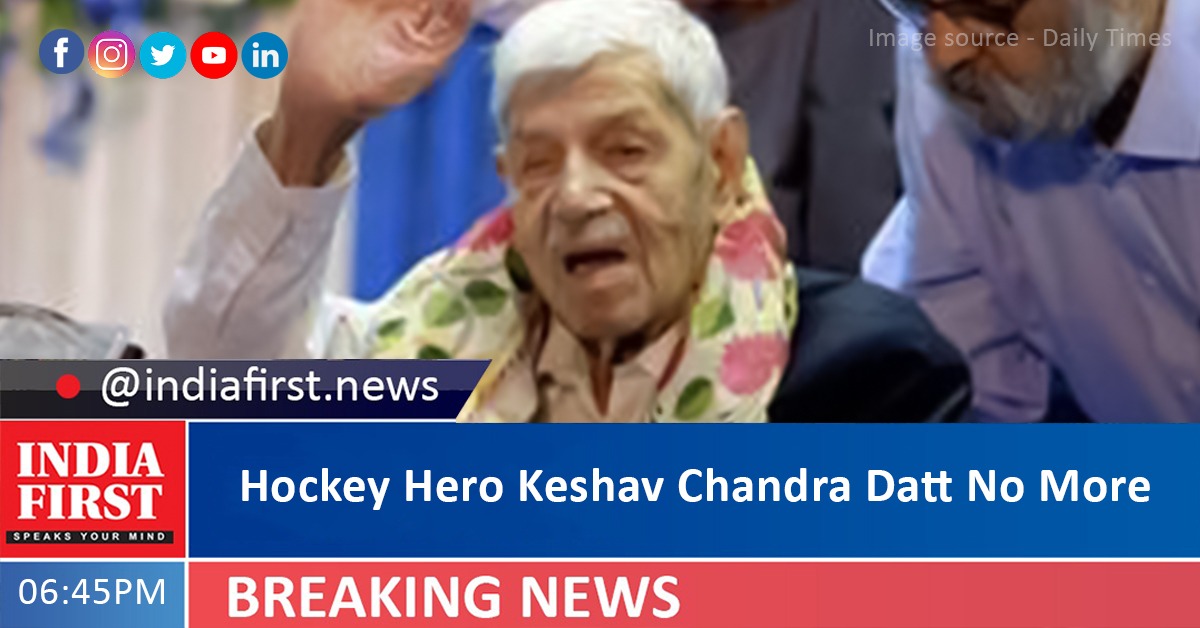 Indian hockey great Keshav Chandra Datt, who was part of the country’s golden era of the sport post-Independence, died today morning. He was 95.

Datt was a formidable halfback and part of independent India’s historic feat at the 1948 Olympics where they beat Great Britain 4-0 in the final at the Wembley Stadium in London.

Before the 1948 Olympics, Datt had toured East Africa in 1947 under the leadership of hockey wizard Major Dhyan Chand.

Datt, born on December 29, 1925 in Lahore, was also a part of the Indian team at the 1952 Olympic Games in Helsinki where they beat the home team Netherlands 6-1 in the final to become Olympic champions for the fifth consecutive time.

Having moved to Calcutta in 1950, Datt also represented Mohun Bagan – the most famous Indian club of that time in multiple sports.

In its condolence message, Hockey India president, Gyanendro Ningombam, said, “We are all very saddened to hear about the legendary halfback Keshav Datt’s demise early this morning. He was the lone surviving member of the 1948 and 1952 Olympic Games, and today truly feels like the end of an era.

“We all grew up listening to incredible stories of their memorable outings for independent India at the Olympics and they went on to inspire generations of hockey players in the country. Hockey India mourns his demise and on behalf of the federation I extend my deepest condolences to his family,” said Ningombam.