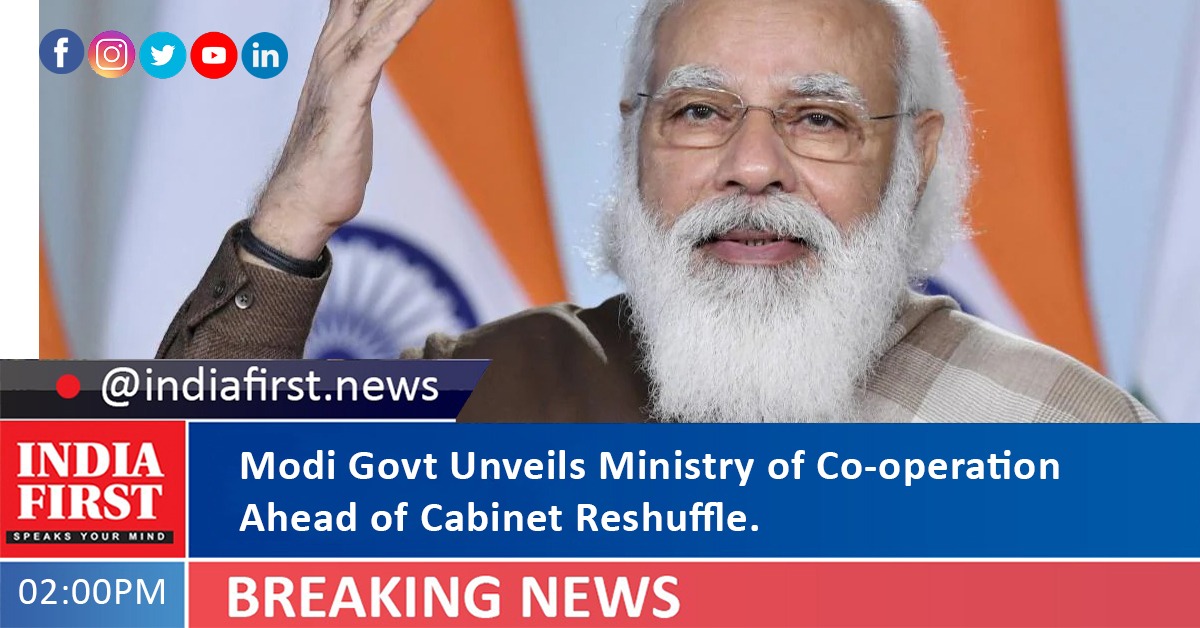 The Modi government on Tuesday created a new ‘Ministry of Co-operation’, a day before the impending Cabinet reshuffle.

This ministry will provide a separate administrative, legal and policy framework for strengthening the cooperative movement in the country.

In a statement, the Cabinet Secretariat said, “In a historic move, a separate ‘Ministry of Co-operation’ has been created by the Modi government for realising the vision of ‘Sahkar se Samriddhi’.”

It will help deepen co-operatives as a true people-based movement reaching up to the grassroots.

“In our country, a co-operative-based economic development model is very relevant where each member works with a spirit of responsibility,” the statement said. The ministry will work to streamline processes for ‘Ease of doing business’ for co-operatives and enable development of Multi-State Co-operatives (MSCS).

“The central government has signalled its deep commitment to community-based developmental partnership. Creation of a separate Ministry for Co-operation also fulfils the Budget announcement made by the Finance Minister,” the statement said.

Reports suggest that the first reshuffle of the second term of Prime Minister Narendra Modi’s government will be announced today at 6 p.m. The new Cabinet will be the youngest ever in India’s history, reports say.

As a result, the average age will be the lowest ever after the revamp, there will be more women ministers and representation will be given to those who have administrative experience and good educational qualifications.

It is being speculated that around two dozen OBCs will be ministers in the central government. Underlining the stress on education and competence, the average education level will also be higher, with “PhDs, MBAs, post-graduates and professionals”, as per reports.

The changes are likely to factor in polls in five states next year and the 2024 national election.