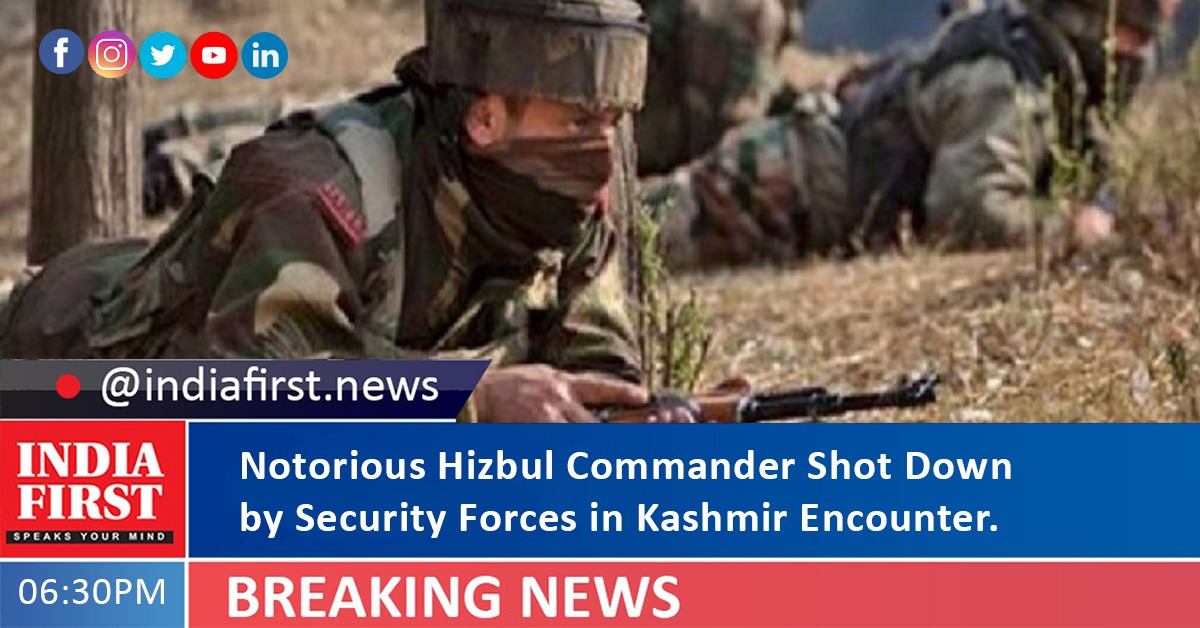 A top terrorist commander of proscribed terrorist outfit Hizbul Mujahideen was killed during an encounter between the terrorists and security forces at North Kashmir’s Handwara today.

Police said Mehrazuddin Halwai alias Ubiad was active in North Kashmir for several years and was involved in many acts of terror.

“One of the oldest and top commanders of HM terror outfit, Mehrazuddin Halwai alias Ubaid got neutralised in Handwara #encounter. He was involved in several terror crimes. A big success,” Inspector General of Police, Kashmir Vijay Kumar tweeted.

Earlier, the encounter started between the terrorists and security forces at Pazipora-Renan area of kralgund in Handwara after a joint team of the police and the army cordoned off the area and launched a search operation on the basis of specific information about the presence of terrorists.

As the security forces zeroed in on the spot where terrorists were hiding they came under a heavy volume of fire that triggered the encounter.