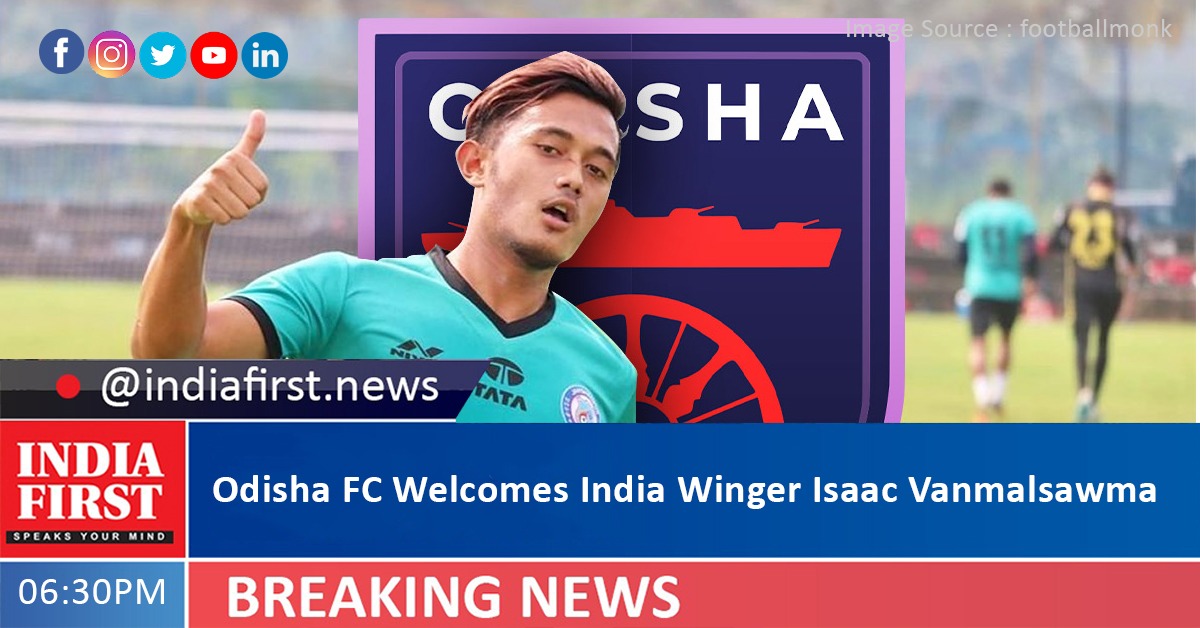 Odisha FC has signed a two-year deal with 24-year-old India winger Isaac Vanmalsawma ahead of the eighth season of the Indian Super League, the club announced today. The contract has an option to extend it for the third year.

“I am delighted to join this young and exciting team. We will play vibrant and entertaining football, delighting our loyal fans who have been with us every step of the way. I want to assure them that, neither I nor the team will ever give up and will keep fighting till the final whistle,” Vanmalsawma said after signing the contract.

“I would like to thank the Odisha FC management for this opportunity, and I shall work hard to repay the faith that they have shown in me,” the winger said.

After representing India under-19 in 2013 and graduating from the AIFF Elite Academy, Vanmalsawma started his professional career with I-League side Shillong Lajong FC. The winger from Mizoram then started his ISL journey with FC Pune City in 2017 and went on to play for ISL clubs Chennaiyin FC and Jamshedpur FC as well.

The promising footballer made his senior India debut against Bhutan under coach Stephen Constantine.

“We are delighted to welcome Isaac to the Odisha family. Another quality addition to the squad and a highly respected player who I am sure will make a huge impact next season,” he said.