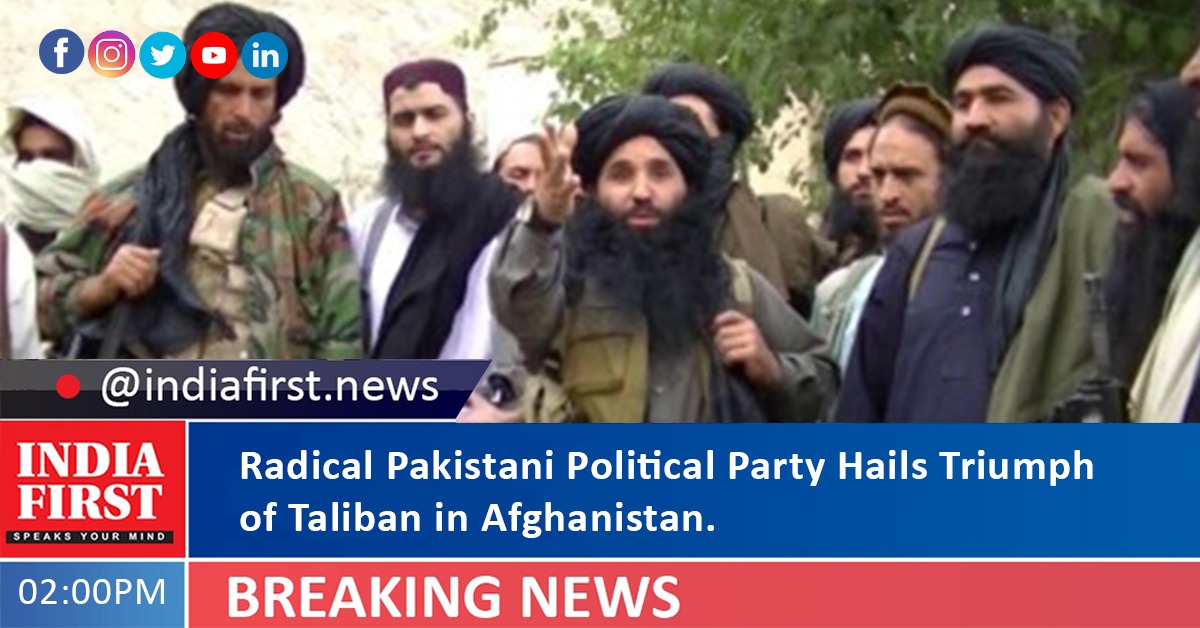 The central joint secretary of the Jamiat Ulema-e-Islam (Nazariyat) in Pakistan, Maulana Mehmood Ul Hasan Qasmi, has congratulated the Islamic world on the apparent victories of the Taliban in Afghanistan.

Qasmi said that very soon the sun of the Islamic revolution will rise as the Mujahideen of Islam has broken the back of the colonial powers.

He mentioned that they (Taliban) have taught a bitter lesson to the combined forces of 48 nations and their supporters.

He said the US and its allies got nothing from their 19-year stay in Afghanistan except body bags and failure. He reiterated that the Ashraf Ghani government in Afghanistan must realise that it would not get anything from collaborating with the Americans and that the Taliban would soon take over the nation.

Jamiat Ulama-e-Islam (Nazariyat) is a political party in Pakistan. It was formed by Maulana Asmatullah Khan after he left the Jamiat Ulema-e-Islam. It was formed as a breakaway faction of JUI(F) in 2007 and merged again with its parent organization, i.e., JUI-F, in 2016.

JUI-Nazryati leaders have openly supported the Afghan Taliban and the Al-Qaeda. Hafiz Fazal Bareech and other hardcore party leaders had organised a ‘Martyred Mullah Dadullah Conference’ in June 2007 wherein Mullah Dadullah Mansoo, who succeeded his brother Mullah Dadullah as Taliban’s military commander, also addressed the crowd via an audio recording.

In 2011, after the killing of Osama Bin Laden in Operation Neptune Spear, JUI-Nazryati had organised protest rallies and funeral-prayer events in Quetta and other Pashtun districts of Baluchistan.