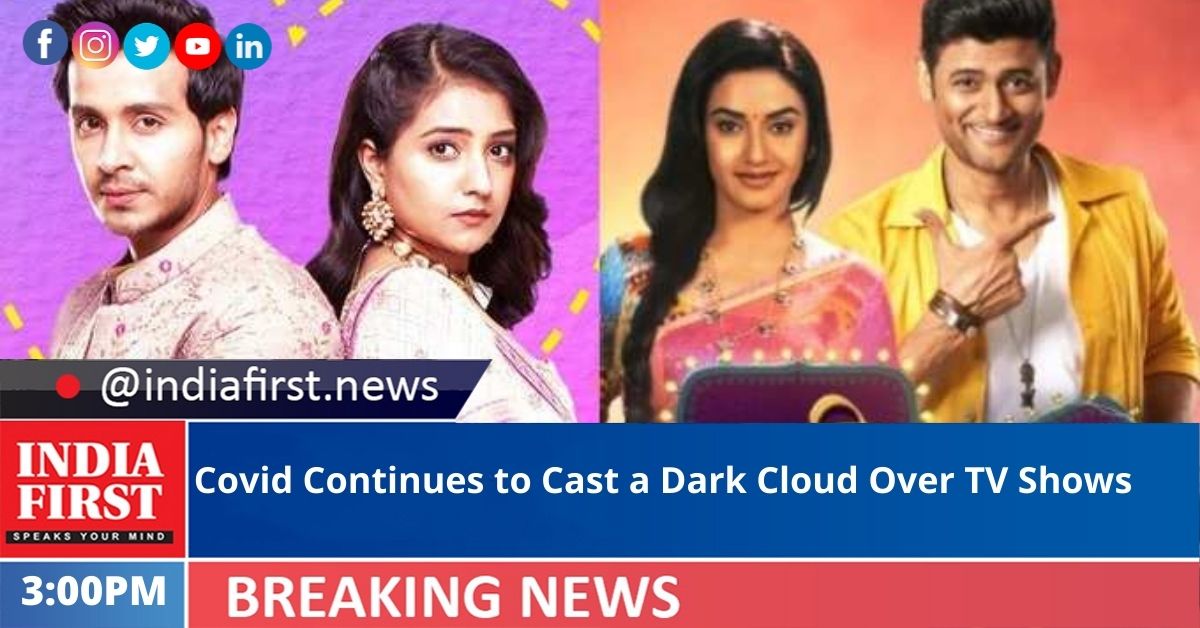 The pandemic has taken a toll on everything, and television shows are also not spared. Be it shows like ‘Durga’ which went off-air in three months or ‘Shaadi Mubarak’ which ended in just nine months.

Due to some reason or other, these daily soaps are wrapped up within months or so and few have to shift their shooting locations. Covid-19 and lockdown have posed several challenges for broadcasters, television producers, and actors in terms of financial crunch and number of restrictions.

From shifting of shooting locations to coming back, there are still a number of protocols, sanitisation work, and financial burdens that are being faced by the makers and actors of these daily soaps.

For instance, ‘Gupta Brothers’ on Star Bharat was a lockdown-phase show. It started on October 5, 2020, and its final telecast was on January 26, 2021. Unfortunately, like most of the shows, it was also pulled off amid the second phase of lockdown despite having all the major twists and turns around the show.

Sonal Vengurlekar who is one of the lead actors from the daily soap expresses her disappointment and says that actors always try to do their best for their projects as it is also the sole means of their bread and butter. But when it goes off air suddenly a lot of things get affected.

Sonal shares about her difficult days: “I did not have enough money to pay my EMIs for my new house and car. I had to actually break all my FDs and mutual funds to sustain this phase. Recently, after a long gap, all my dues were cleared.”

Thus, the lockdown has definitely impacted actors and they are forced to think of alternative business ideas to keep themselves financially afloat.

She adds further: “The kind of fees that we used to charge has been literally gone down to 40-50 per cent due to Covid. Nowadays, all auditions are happening online which does not give that kind of kick which we used to have in production houses’ audition rooms. So, I have to think of new avenues to continue my earning.”

For the new shows that started during this pandemic period, things were tougher as at one point they needed time to connect with the audience and on the other side there were financial obligations also.

Like ‘Pavitra Bhagya’, which started on Colors last year, ended within seven months.

Kunal Jaisingh who was one of the lead protagonists in the show, says the serial went off-air despite the beautiful storyline and wonderful cast as shootings were stopped due to lockdown.

He shares: “When the first wave of Covid-19 pandemic happened, our shoots were stalled. We lost our connectivity with the audience. It was a new show, so we were trying to make our place among the viewers but before it could happen, everything came to halt. When post lockdown we started it all over again, no one was willing to watch it again and ultimately we went off-air.”

Thus, this is a period of dismay and dissatisfaction for many actors and producers as well. Despite all the efforts to continue their shows, they often failed.

Another example that falls in the same category is the show ‘Durga’ which started on December 14, 2020, and ended in three months.

Actress Kajal Pisal, who was also among the star cast, feels there is constant pressure on the show from budget to TRP ratings and when these factors are not met, things end on a bitter note.

She comments: “Had it not been a pandemic we could have had some time to prove ourselves but in the current scenario nobody will give us a second chance. As television shows have actors from all age groups, a number of times old-age actors and kids were not allowed to shoot, it really disturbed the entire track. Also, the budgets have been slashed to half and we have nobody to blame except the situation. In the present time, nobody is willing to risk the money and in the span of three months the show is off-air.”

However, amid all this crisis period, many shows managed to continue by shifting their locations, proper planning, following all the protocols and precautions. Says Sagar Parekh, who is one of the actors from, ‘Tera Yaar Hoon Main’ on Sony SAB: “Even when we were shooting outside Mumbai it was a pleasant experience. There’s a saying that, ‘Tough times never last but tough people do’. The shooting timings were different then and now they are different. We all need to work hard to meet deadlines. It’s best to focus on the positive things and everyone is hoping before the year ends, we’ll be back to our normal days.”

While things are getting back to normal, it will take more time for these shows to regain monetary stability and continue airing.