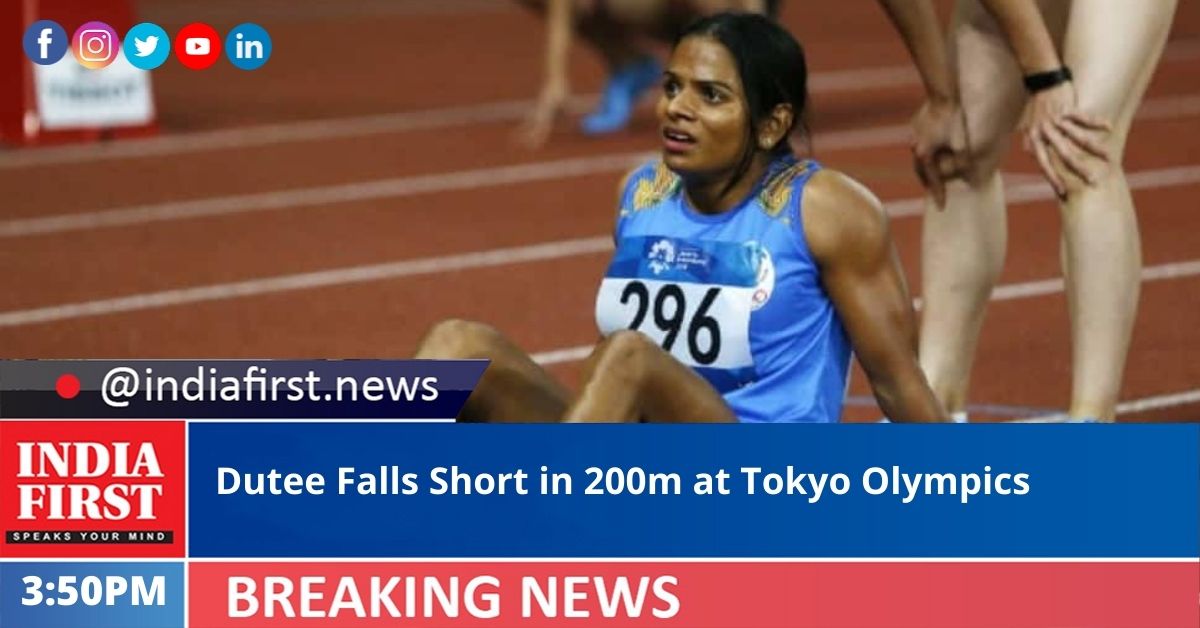 India’s top woman sprinter Dutee Chand failed to advance in 200 metres, finishing last in her heat at the Tokyo Olympics, clocking 23.85 seconds to end seventh. Her personal best in 200m is 23.00 seconds, set at the 2018 Asian Games in Jakarta.

Namibia’s Christine Mboma won the heats with a timing of 22.11 seconds, a new national record, while Gabrielle Thomas of the USA – the world-leading time holder for the season – was second in 22.20 seconds.

Niger’s Aminatou Seyni came in third with a timing of 22.72 seconds to seal the three automatic qualifying slots for the semi-finals.

The top three finishers from each heat along with the three fastest timings across the seven races make the semifinals, which will be held later today. The final is scheduled for tomorrow (August 3).

Earlier, the Indian sprinter had bowed out of the 100m competition on the opening day of track & field competitions, clocking 11.54 seconds to finish seventh in her heat that also featured two-time Olympic champion Shelly-Ann Fraser-Pryce of Jamaica.

The world champion, however, was later pipped by her compatriot Elaine Thompson-Herah in the final for the gold medal. Shericka Jackson took the bronze medal in the women’s 100m to complete the all-Jamaican podium.

Social media came alive following Dutee’s 200m sprint, with few complimenting the runner for achieving her season’s best time, while others were critical of her performance.

“Dutee Chand’s vacation in Japan interrupted by 100 and 200 heats. Short interruptions, though. #Athletics #Olympics,” wrote a fan on twitter.

“Dutee Chand finished last in her heat & failed to qualify for semifinals of 200m just like she did in 100m. Disappointing is not even appropriate word to describe her performance,” wrote another fan.

However, fans also appreciated her season’s best, with one of them tweeting, “Hard-Luck @DuteeChand. You made India Proud. Immense hope and scope for Athletics.”