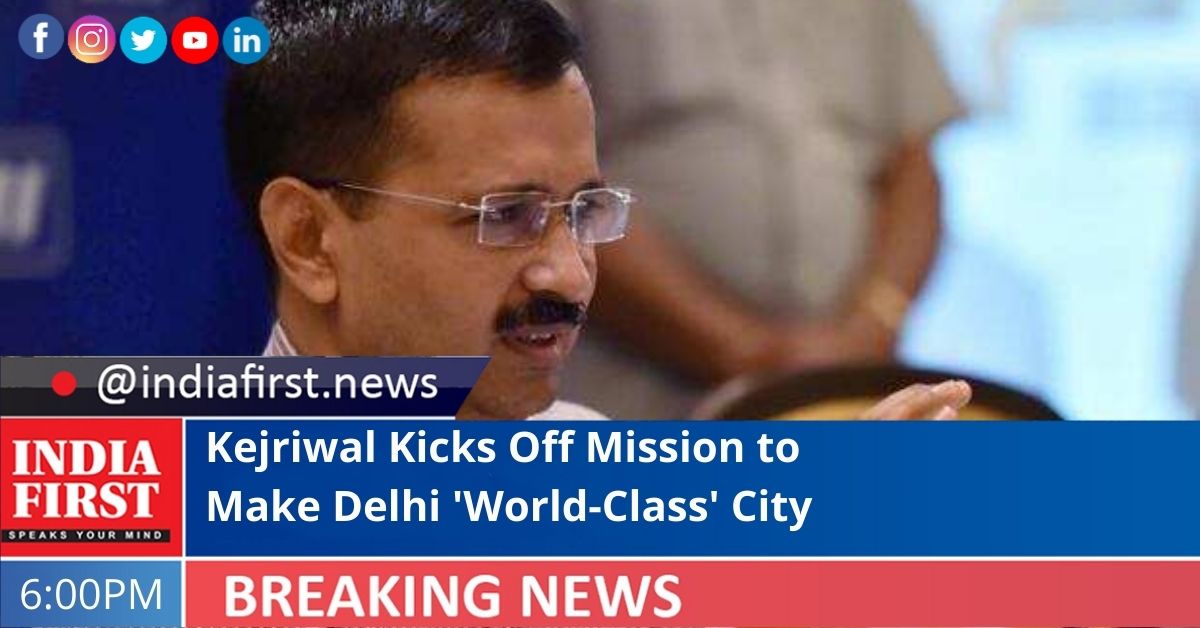 While launching the vision card for Delhi for the next 25 years, Kejriwal said the initiative is to prepare a roadmap for the development of the city in all sectors, including health and education.

He asserted that the Aam Aadmi Party government has presented a small portion of vision for Delhi till 2047 during the last annual budget, setting a target to increase Delhi’s per capita income at par with Singapore by 2047.

“Through this initiative, we will prepare a roadmap for development in all the sectors to make Delhi a world-class city. In the last five years, so many developments have come especially in the health and education sectors but there are still many sectors where the city needs development on an urgent basis,” the Delhi Chief Minister said.

He asserted that among the long list of vision for Delhi, many things are achievable in next one or two years and these need to be done on an urgent basis, such as cleaning of Yamuna, ensuring water availability, and tackling air pollution, among others.

There are many other things which will take long time to have impact on the ground, he said.

“During the second wave of Covid-19 pandemic, we have found that collaborative efforts of the government and private agencies have strengthened our power in fighting against the virus. With this learning, I can say that Delhi can be made a world-class city by involving the private sector,” Kejriwal said.

During the virtual address, Kejriwal informed that the Delhi government has decided to set up nearly 1,000 lakes across the city.

“As of today, nearly 100 public services are being provided at the doorsteps of the people. Also, the e-vehicle policy has been introduced with a long-term vision to shift Delhi’s 100 per cent fuel-run vehicles into e-vehicles,” he added.

Speaking about the civic system in the national capital, the Delhi Chief Minister said the failure in waste management has always given a bad name to the country and now it has to be changed.

“Delhi represents the whole of India and hence its civic infrastructure should have a world-class system. I believe that the civic system of Delhi can be improved by involving private sector. It’s not rocket science, but it is achievable,” Kejriwal said.

Kejriwal said that for sustainable development of the city, the Delhi government needs suggestions from the corporate sector.

“It is the beginning of preparing a roadmap for 2047 and with more ideas and suggestions the list of vision will increase,” he added.