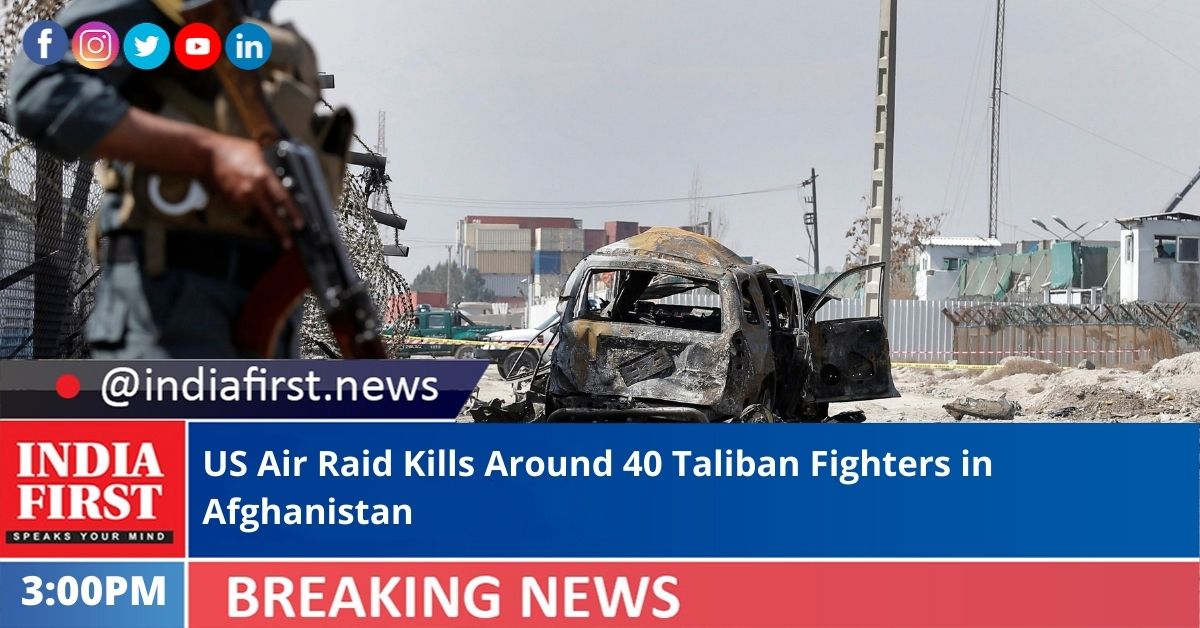 The US army yesterday conducted aerial strikes against the Taliban in Lashkargah, the capital of Helmand Province in Afghanistan, killing around 40 Taliban fighters, sources said.

Though the Afghan government did not confirm civilian people being hit, sources in the provincial capital said that eight members of a family, including children, were killed in the strikes.

The sources added that the fighters had attacked the central prison in Lashkargah city which was driven back by the strikes.

The US army has recently intensified its airstrikes on the Taliban to support the Afghan National Defense and Security Forces (ANDSF), media reports said.

Earlier, US CENTCOM commander General McKenzie had said that the US army will conduct airstrikes in support of the ANDSF in the fight against the Taliban even after full withdrawal of forces, but acknowledged that the strikes will be over the horizon.

The Taliban had attacked the Lashkargah city nearly 10 days ago and recently toppled two police districts in the city and then got closer to the central jail.

The Afghan government has recently sent reinforcements to the city which led to heavy conflicts between the warring sides, leaving hundreds of families displaced.