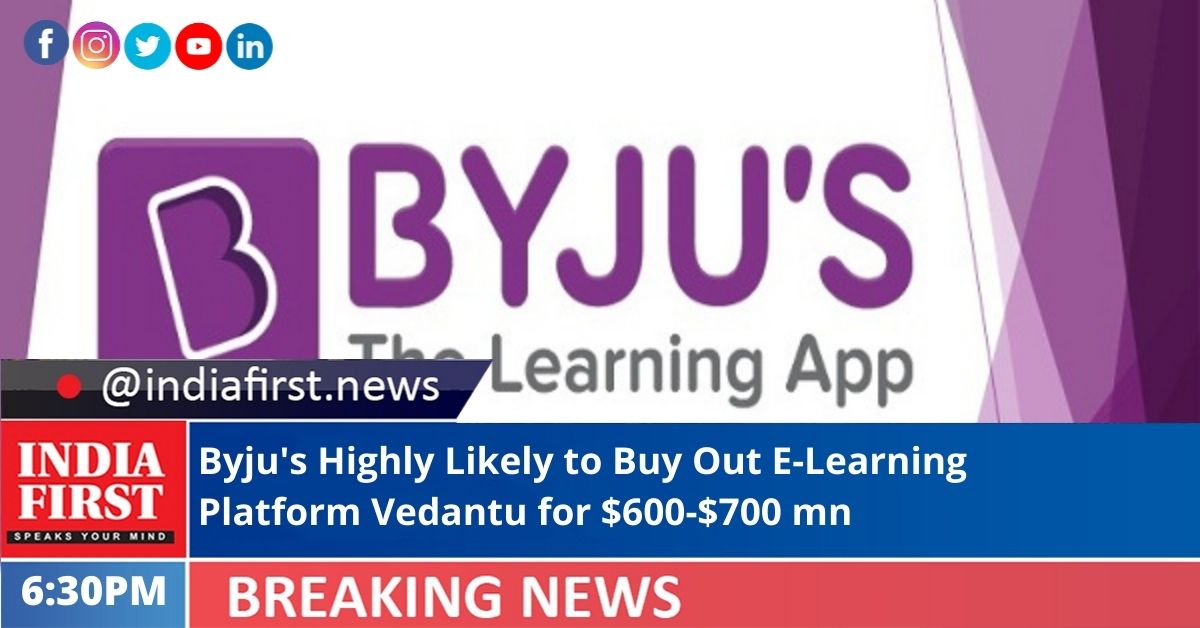 This will be the fourth major acquisition by Byju Raveendran-run company this year.

According to sources, the Vedantu deal is currently in the advanced stage and will materialise soon after meeting the necessary regulatory approvals.

Vedantu, however, said that no such “discussions have taken place with Byju’s and we are not considering anything like this.”

Byju’s was yet to officially comment on the major development in the growing online Indian edtech space.

Vedantu offers individual and group classes across K-12 and test preparation segments. Over 1.5 lakh students study live every month on the platform and more than 40 million users access free content, tests, doubts, videos on Vedantu’s platform and its channels on YouTube monthly.

The partnership marked Byju’s entry into the professional and higher education segment with a $1 billion commitment.

Edtech company Byju’s is currently India’s most valuable unicorn startup with a valuation of over $17 billion.

The big acquisition came on the heels of it buying the Aakash Institute for nearly $1 billion earlier this year.