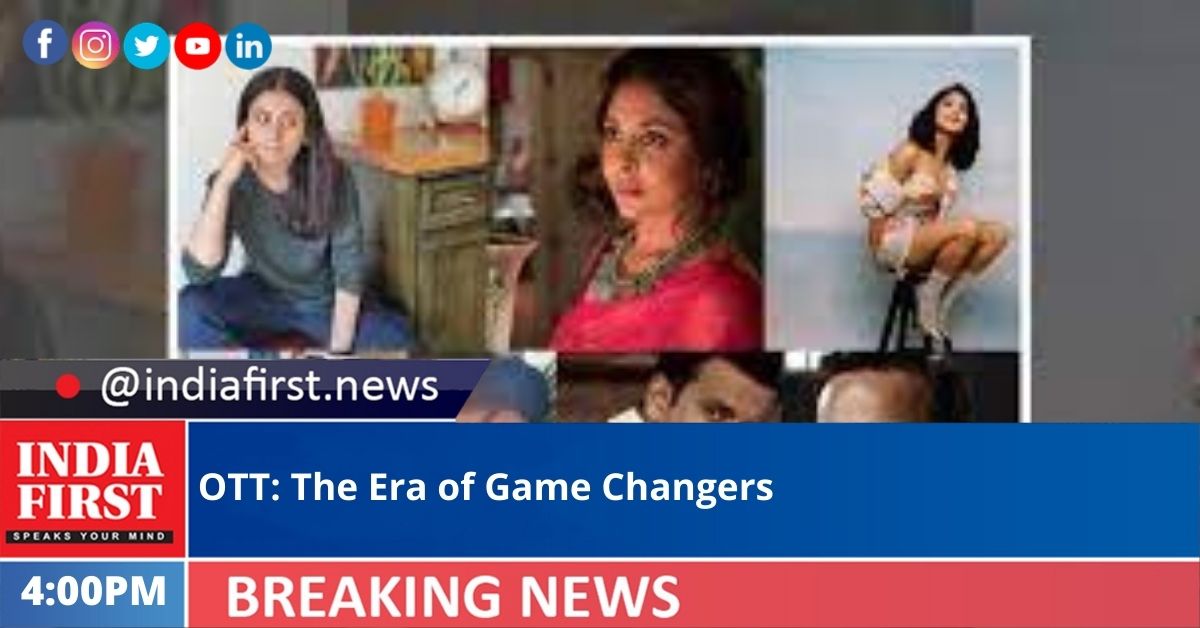 OTT platforms came as a blessing when the Covid-19 pandemic took over the world in 2020, bringing everything to a standstill. The ever-expanding universe of the digital space not just entertained the audience with binge-worthy content but also brought forward many talented actors and shone the spotlight on them and their craft.

Pankaj Tripathi, who can be tagged as the uncrowned king of the digital space, garnered a big fan following after his portrayal as the deadly gangster Kaleen bhaiyya from ‘Mirzapur’, power-hungry godman Guruji from ‘Sacred Games’ and the endearing friend in his latest release ‘Mimi’.

Pankaj, who grabbed eyeballs ever since he shone on the web crime thrillers, says he is not trying to be a “game changer” as he is only doing what he loves the most – acting.

“It feels good. The OTT stories have a big hand and the audience for making me the face of OTT. I am thankful. I am called a game changer but I am just doing my job. I am not doing this to change the game. I am doing what I love and while doing it the game is changing,” Pankaj said.

The 44-year-old actor credits the web space for showcasing his breakthrough performances.

“It is happening. I just love acting. I just got a chance after the advent of OTT. That chance was given by OTT,” added Pankaj, who was born in the Gopalganj district of Bihar.

National Award-winning actor Manoj Bajpayee’s performances on the big screen and on the web-space cannot be questioned.

The 52-year-old star sees competing with himself as a “good thing”.

“As far as people are saying that I am competing with myself, that is a very good situation to be in and everyone should compete with themselves and nobody else,” said the actor.

Manoj added: “In acting you compete with yourself and nobody else rather with your own last work and this is what I always wanted to do and this is what I will do in day-to-day acting life and that’s the way it is going to be. I am only interested in doing better than what I have done before.”

He does not want to take the tag of being the ruler of the OTT space.

“There are so many actors who are actually the rulers of OTT and they are doing some amazing stuff and I learn so much just by watching their work. The kind of performances they are coming up with is new and unique. They have their own method which is interesting to watch,” added the actor, who was awarded the Padma Shri in 2019.

Actor Ali Fazal’s tryst with web-stardom came in 2018 with his performance as the hot-headed Govind “Guddu” Pandit in the ‘Mirzapur’, which revolves around a proverbial ruler of Mirzapur in the Purvanchal region of Uttar Pradesh.

The 34-year-old actor is overwhelmed with the love he has got over the years for his work in the crime thriller.

Ali says he is ecstatic to be a part of content evolution.

“I feel a bit of responsibility and feel happy that I was part of something that became the biggest change in our country and cinema. It is cool to see it unravel,” said the actor.

He does not want to rush into getting into a signing spree as he says it gets exhausting.

Ali said: “So much talent has come but at the same time I have to be extra careful as to what my next is going to be and that is why I probably have not done the show and only done films.”

Actress Richa Chadha is thankful to the OTT space for bridging the gap between TV viewing audiences and the urban audience.

“I am glad that people are now doing web series and better content options are available to people in India. There was a big gap between the TV viewing audience and the urban audience…so, I think the coming of OTT has solved that problem,” she said.

The actress, who hails from Amritsar, Punjab, has treated the audience with her work in series such as ‘Inside Edge’, films ‘Madam Chief Minister’ and ‘Lahore Confidential’, among many others in the web space.

“I do feel that I am competing with myself and I also feel like my work will be appreciated more in retrospect and am not saying it from a conceited space. I understand that a lot of actors will do different things and experiment and history is kinder to them than the present,” added Richa.

Actress Shweta Tripathi is happy to be called as the face of OTT.

Over the years, she has worked in the web space in several projects including ‘Mirzapur’, ‘Raat Akeli Hai’, ‘Laakhon main ek’ and ‘The Gone Game’.

The 36-year-old actress has revealed what she admires the most about the platform.

“What I love about OTT is that I can watch it anytime and anywhere at my convenience. I never think about competing with myself or anybody else. I just think I want to do justice to what the director and writer have imagined because this is their story. You are helping them tell their story. Thank you OTT,” the actress added.

Actress Rasika Dugal in the OTT era can be tagged as one of the biggest success stories as she took everyone by surprise with her strong performance in the first and second season of the web series ‘Mirzapur’ as Beena Tripathi, who metamorphosed from a demure ‘bahu’ to a fierce woman.

Then there is Shefali Shah, who wowed the audience with her powerful performance as the fierce cop DCP Vartika Chaturvedi in web series ‘Delhi Crime’ which bagged the Best Drama Series award at the 48th International Emmy Awards.