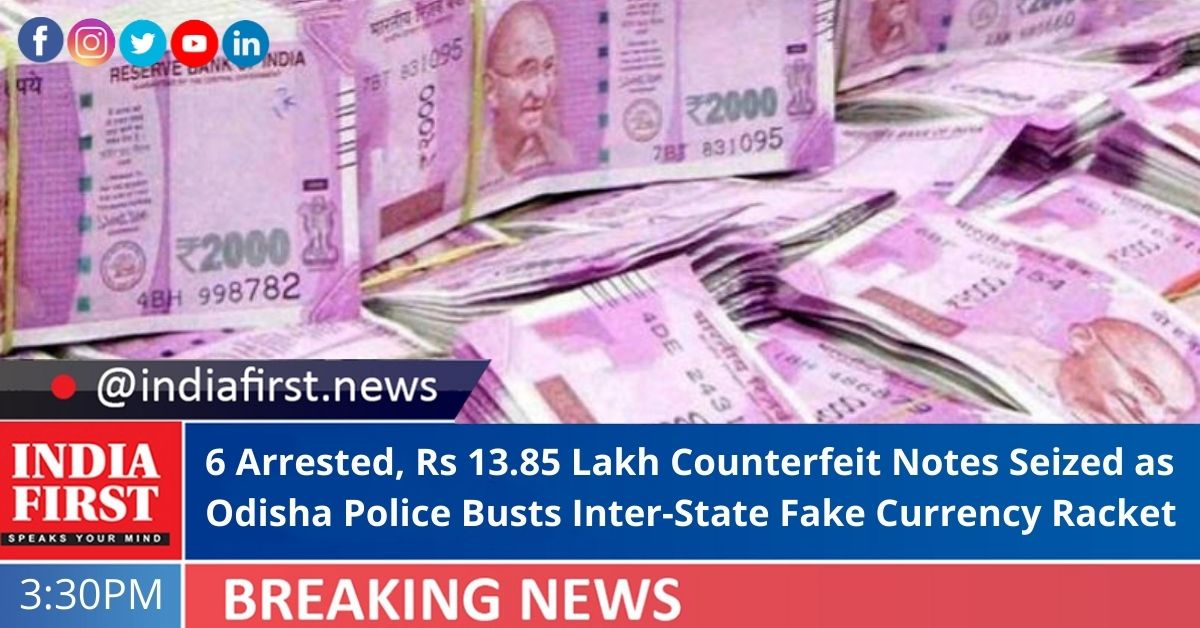 All the seized counterfeit notes are in 2,000-, 500- and 100-rupee denominations. The arrested persons belong to Odisha’s Bargarh district and neighbouring Chhattisgarh, he added.

On the basis of a complaint lodged by a person in Sambalpur regarding circulation of Rs 100 fake notes by unknown persons, a police team conducted searches at various places in Sambalpur town and arrested the six accused.

“We had formed a special investigation team headed by the Town Police Station Sub- Inspector. They have conducted raids in Bhatli Police Station area and Ambhabana and busted the racket,” Gangadhar said.

A case has been registered in this connection and the arrested persons will be produced before the court, police sources said.