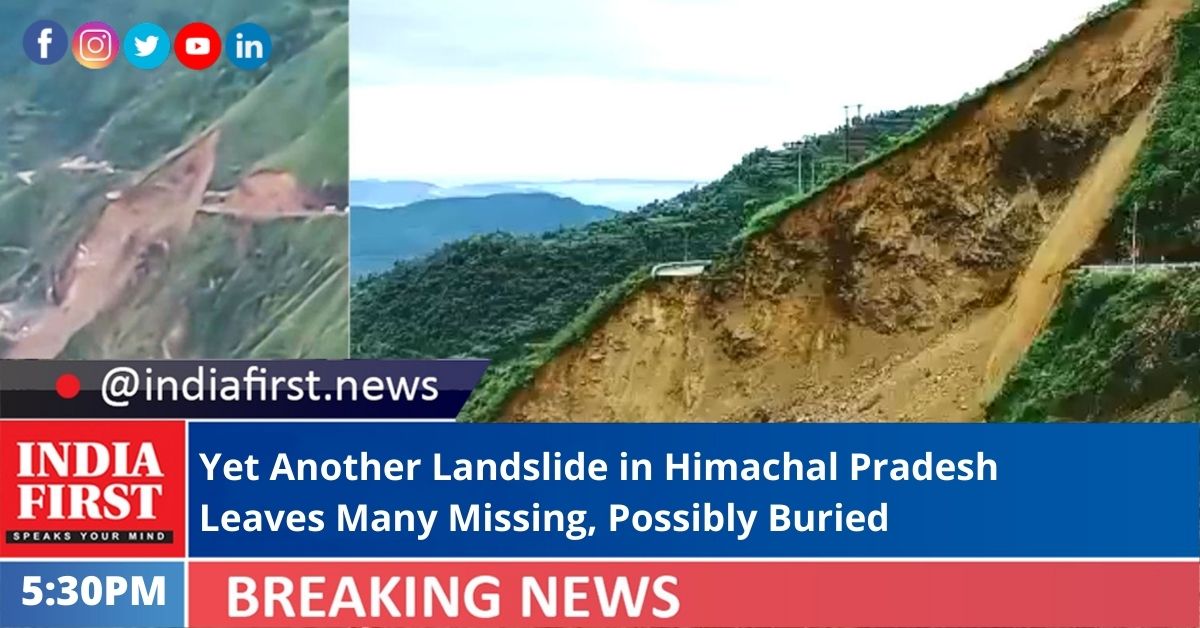 Many people were feared buried in yet another major landslide on the National Highway 5 in Himachal Pradesh’s remote Kinnaur district today, police said.

A state roadways bus and several vehicles were buried in the landslide that occurred over on a larger stretch on the highway near Nigulsari, 61 km from Reckong Peo, the district headquarters of Kinnaur.

The Himachal Road Transport Corporation (HRTC) bus was on its way to Hardwar from Rekong Peo via Shimla. However, there was no official confirmation about the number of passengers in the bus.

Reports say the bus was carrying more than 40 people.

Chief Minister Jai Ram Thakur told reporters in Shimla that he directed the Kinnaur administration to speed up relief and rescue operation.

“The exact casualties in the landslide are yet to be ascertained. Sensing the gravity of the situation, the NDRF (National Disaster Response Force) has been summoned for rescuing the people,” he said.