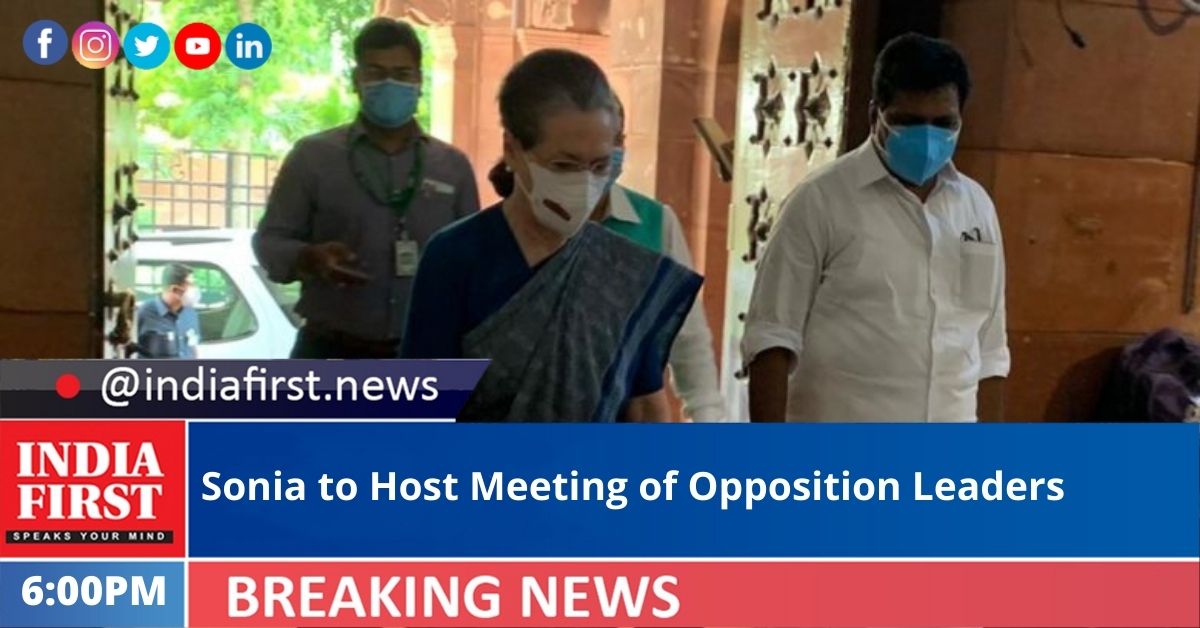 Congress interim President Sonia Gandhi will host a meeting of like-minded parties next week, with all opposition leaders, who jointly took on to the government in the just-concluded Monsoon session, to be invited, according to sources.

Chief Ministers of Congress-ruled states as well as where the party is in power as part of an alliance, including Tamil Nadu’s M.K. Stalin (DMK), Maharashtra’s Uddhav Thackeray (Shiv Sena) and Jharkhand Chief Minister Hemant Soren (JMM) will also be invited.

Shiv Sena has confirmed that they will participate in the meeting, for which a tentative date of August 20 has been given but it will depend on the availability of the leaders.

West Bengal Chief Minister and Trinamool Congress supremo Mamata Banerjeee, and other leaders of like-minded parties from the opposition will be invited, the sources said.

The meeting assumes significance as it comes after senior Congress leader and one of the party’s major dissenting voice, Kapil Sibal, hosted a dinner in which 45 leaders of the 15 parties, including the Samajwadi Party and the Akali Dal, participated. It is understood that opposition unity was stressed at the occasion, but some were averse to Gandhis’ leadership.

Rahul Gandhi too has been active in the monsoon session with trying to forge unity within the opposition, participating in various meetings, and also hosting breakfast during the session.

The united opposition took out a march from Parliament to Vijay Chowk today to protest against the curtailment of the Monsoon session, with both houses of Parliament adjourned sine die two days ahead of schedule.

The MPs held banners and placards demanding the withdrawal of farm laws and protesting against the “murder of democracy”.

Leading the protest, Rahul Gandhi alleged: “We have to come out here to speak to the press as we in Opposition are not allowed to speak in the Parliament. This is a murder of democracy.”

He alleged that the voice of 60 per cent of the country has been crushed, humiliated and on Wednesday in the Rajya Sabha, women MPs were assaulted.